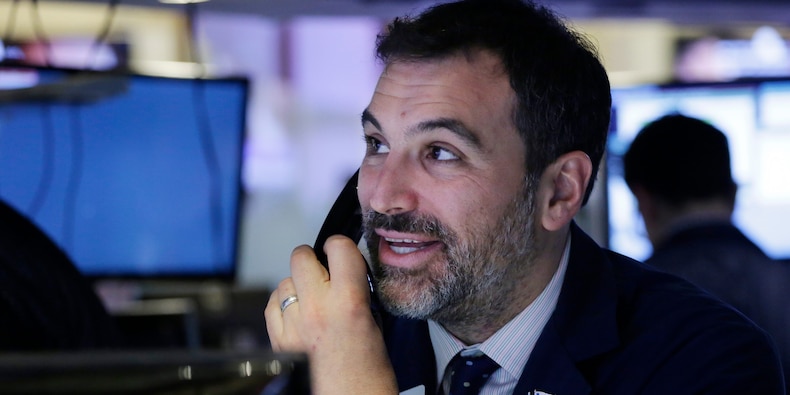 Fed Governor Lael Brainard and Atlanta Fed President Raphael Bostic on Monday said that temporary factors associated with the reopening economy are driving the faster rise in prices, rather than anything more lasting.

Bitcoin rebounded after a bad week, rising 15% in its best daily performance in four months to as much as $39,000, after Elon Musk said he met with miners to discuss its environmental impacts. The cryptocurrency was last trading around $38,000 on Tuesday.

Billionaire Ray Dalio's revelation that he owns some bitcoin and currently prefers it to bonds helped add fresh momentum to the digital-currency trade. Ethereum's ether rose 17% to $2,670, dogecoin rose 9.5% to 35 cents, and litecoin rose 17% to $187.88.

The situation appears to be improving on the global COVID-19 front as the rate of increase in new cases has decreased by more than a quarter since its peak in late-April, Deutsche Bank strategists said.

Infections in the US have fallen below 30,000 daily cases, their lowest point since last June. India posted its lowest daily rise in infections since April 14 at just over 196,000 cases on Tuesday.

Read More: Peter Smith built Blockchain.com from nothing into a $5 billion business in 10 years. The CEO of the Baillie Gifford-backed startup shares 4 assets he's following, and why he's given away crypto to thousands of people.

Asian markets took their lead from the US, with all major indices rising as investors seem to have placed inflation worries on the backburner for now.

The region's recent surge in COVID-19 cases has stalled its reopening, but that won't derail it because of policy support and vaccinations gaining pace, according to UBS.

"The buy-everything trade is in full swing in Asia today after Wall Street decided overnight that inflation wasn't a concern," said Jeffrey Halley, a senior market analyst at OANDA.