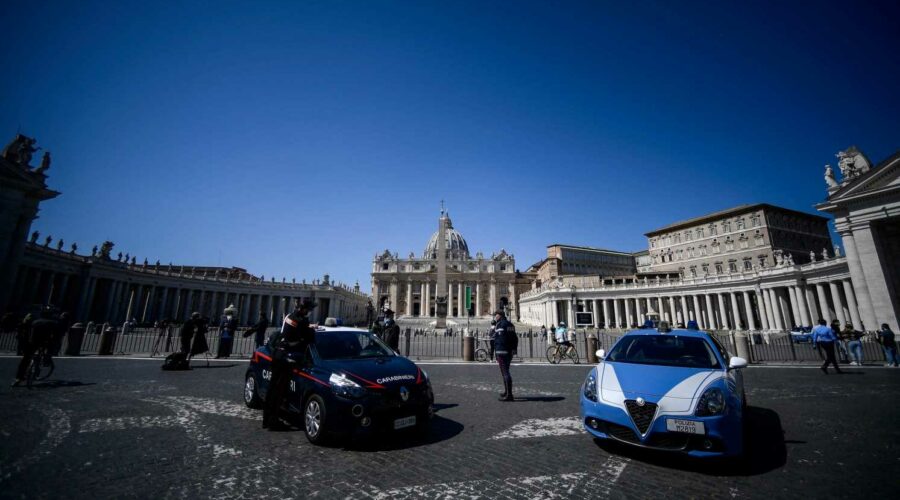 Christian faithful across the globe on Sunday sat scattered in pews, muffled hymns muted behind masks.

Many stuck to homes out of caution or restrictions, streaming holy services online. And the pope preached his message indoors, away from a barren St. Peter’s Square.

Pandemic protocol was again the unwanted guest at the Easter table, but this year there was a lining of hope: COVID-19 vaccinations.

A soccer team in Lyon, France, turned its stadium into a mass vaccination site for the holiday weekend. More than 9,000 people were expected to receive their shots as France struggles with a surge of infections. Some French churches held midnight Easter services just before dawn Sunday instead of on Saturday night because of a nationwide 7 p.m. to 6 a.m. curfew.

A hospital in Lombardy, Italy, gave a traditional dove-shaped Easter cake symbolizing peace to anyone waiting for a vaccine. The nation has been working to cap a variant-fueled spike in COVID cases, and midnight services were also moved up to meet a 10 p.m. to 5 a.m. curfew.

Pope Francis gave his Easter message at Mass inside St. Peter’s Basilica before a gathering of about 200, rather than the traditional speech on the balcony overlooking a square packed with thousands.

But the speech was streamed across multiple platforms, and at one point, 9,000 people were watching on Vatican News’ English-language Facebook page alone, Vatican News reported.

The pandemic was front and center in the pope’s “Urbi et Orbi″ address (Latin for ”To the city and to the world”) as Francis denounced  armed conflicts in Africa, the Mideast, Latin America, Asia and Eastern Europe amid the global health crisis and pleaded for equity of care.

“The pandemic is still spreading, while the social and economic crisis remains severe, especially for the poor. Nevertheless – and this is scandalous – armed conflicts have not ended, and military arsenals are being strengthened,” Francis said. “That is today’s scandal.”

Francis called for a “spirit of global responsibility” and encouraged nations to ensure that vaccines reach the poorest nations.

“Everyone, especially the most vulnerable among us, requires assistance and has the right to have access to necessary care,” he said.

Excitement and caution: Easter, Passover and Ramadan plans are ‘complex’ this year amid COVID-19 vaccine rollout

In Jerusalem, the Easter service at the Church of the Holy Sepulcher was celebrated by Latin Patriarch Pierbattista, the senior Roman Catholic cleric in the Holy Land. The site in Jerusalem’s Old City is where many Christians believe Jesus was crucified, buried and rose from the dead.

Israel has led one of the world’s most successful vaccination campaigns, allowing the country to reopen restaurants, hotels and religious sites.

04/04/2021 Business Comments Off on ‘Global responsibility’: Christians mark another pandemic Easter as pope pleads for equity in vaccine rollout
Markets