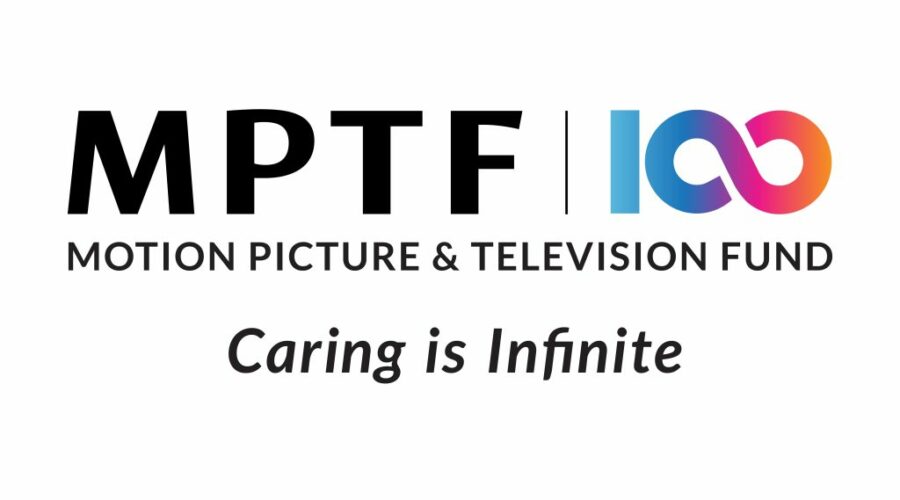 George Clooney, Jeffrey Katzenberg, Jim Gianopulos and more gathered on Tuesday, to celebrate the 100th anniversary of the Motion Picture Television Fund, and lay the foundation for its future, as a means of support for working and retired industry members.

During the virtual press conference, Katzenberg announced a new $300 million fundraising drive, the goal being to support industry workers of all kinds through the highs and inevitable lows of the next 100 years.

“Today, we celebrate 100 years of a great history at the MPTF,” said Katzenberg, who serves as Chairman of the org’s Board of Governors and sits on the Board of Directors, “and I think it is an opportunity for us to look to the future.”

Katzenberg stressed that the next generation of entertainment professionals is something both Boards are “deeply focused, concerned and excited” for.

“Our job is to make sure that we pass the baton of the MPTF to the next generation, in even better shape than we received it from our predecessors,” he said. “To that end, we are launching what I think is an essential fundraising drive around our 100th anniversary celebration.”

The producer and entertainment exec said that $200 million of the funds sought will go toward an endowment for future generations, “to ensure that we are well financed, and can continue to offer all the great social services, and do that with certainty in many many years to come.” While stressing that social services are a “bigger and bigger part in the 21st century of what it means to be of service”—in comparison to direct financial assistance—Katzenberg announced that the other $100 million will be used to renovate MPTF’s Woodland Hills hub and the assisted living facility that sits within it.

He then directed attention to Paramount CEO Jim Gianopulos, who serves as Chairman of MPTF’s Board of Directors, as well as MPTF’s President & CEO, Bob Beitcher, who outlined exactly how the last $100 million will be used, and how it will be raised.

Overseen by the Gensler architecture firm, the “repositioning and reimagining” of the MPTF residential campus is being undertaken with the next generation of retirees in mind, allowing for additional capacity and a wide range of lifestyles, without sacrificing the openness and beautiful landscape for which the campus has become known. 100 new units are being built (upwards, on the existing campus), in a range of styles (townhouses, apartments, etc.) and with new amenities, including full kitchens and washer-dryers. New units will feature larger rooms, including some that can accomodate couples. The structure overall will feature a wellness studios, creative spaces, activities rooms, an activity zone with classrooms for continuing education, a small screening room, and a primary health care center for all residents.

The goal, eventually, is to also build a Children’s Center, mirroring the Samuel Goldwyn Children’s Center in West LA, to allow residents to reap the benefits of interaction with younger generations.

“From a fundraiser’s perspective,” said Beitcher, “there are so many rooms just waiting for names of supporters who want their legacy in the industry remembered this way.”

As previously announced, there is also a $15 million gift that will go toward the Kirk Douglas Care Pavilion, a state-of-the-art care facility, with ample accessibility for older members. The pavilion will incorporate memory care innovations, for which MPTF is already known.

After Beitcher spoke, Gianopulos stepped in to announce three upcoming fundraising opportunities, the idea being to “keep momentum going” in the drive toward $300 million.

With L.A. finally seeing the light at the end of the Covid tunnel, MPTF is planning a two-night 100th anniversary gala, produced by Jennifer Todd and Bob Greenblath, which will highlight the best of MPTF’s past while looking to the future. Planned for sometime in Q4 of 2021, the event will feature special performances and appearances, “bringing to life,” per Gianopulos, “real stories of service.”

The second event will be an “Auction of the Century,” celebrating 100 years of Hollywood, with rare memorabilia from film and TV history sold off.

Asking for “open hearts and open wallets,” Gianopulos also touched on a series of upcoming fundraising challenges which will tap into the competitive spirit for which members of the industry are known. “[We] want to create fun rivalries and competition between various Hollywood groups,” he said, “to encourage competition in our campaign.”

With the business out of the way, those at press conference, including George Clooney (who serves on the Board of Directors), gave their thoughts on the MPTF’s fundraising efforts and shared what the organization means to them.

“I like Jim’s idea of the challenge. That’s a very smart thing. I think I’m going to start a ‘Sexiest Man Alive Competition.’ All those guys need to [participate],” he said with a smile. “And I’m going to talk to Warner Bros. to see if they’ll donate a Batman suit. Because that’s really my best turn.”

Clooney went on to examine the oft discussed idea of standing on the shoulders of others, suggesting that that concept is too little understood. From Clooney’s perspective, it’s important to note that we don’t just stand on the shoulders of those we know personally. “Standing on the shoulders of people…means someone started a union in the late ’30s, and somebody stood up for children’s rights, and somebody challenged the Hays [Code], all these elements that have changed the way we all have been able to work. Some of [these people] end up needing some help later on,” the actor said. “People whose shoulders we actually stand on, all they actually want is someplace to stay, someone to look after them, and someone to love them, and I feel extraordinarily proud to be…a part of this, and feel immense responsibility to make sure somebody out here standing on someone else’s shoulders is celebrating the second hundred years.”

In closing, Katzenberg noted that seven or eight years ago, he undertook another $300 million endowment drive, with great success. “We are at another one of those moments,” he said, where fundraising of this sort is not an option, but essential. “What we are hoping and wishing for is that every member of  the community over the next year, in which we celebrate 100 years, participates,” he said, “whether you give 100 nickels, 100 dollars, 100,000 dolllars,” or just your time.

“There are lots of programs we are rolling out,” he added, “that will allow people to participate in so many different ways.”

Thursday’s MPTF conference comes days after the Academy Awards, where MPTF was presented with the Jean Hersholt Humanitarian Award. This marked the first time that the honorary Oscar was presented to an organization.

Providing working and retired members of the entertainment community with a safety net of health and social services, including temporary financial assistance, case management and residential living, MPTF was honored for its extraordinary support of community members during the time of the Covid-19 pandemic.

In 2020, the organization provided social services support to nearly 9,000 industry members—more than double the 4,176 people it helped in 2019. In past years, around 9% of MPTF’s support was in the form of charitable financial assistance; this year, it was 61%.

Since the outbreak of the pandemic, the Motion Picture Television Fund has helped to administer relief efforts on behalf of various Hollywood guilds and unions, including a $1.25 million relief fund for IATSE members; a $300,000 fund for the Directors Guild Foundation; $189,000 for Teamsters Local 399; and $330,000 for the SAG-AFTRA Producers Industry Advancement and Cooperative Fund.

Last year, MPTF’s skilled nursing home in Woodland Hills was hit hard by the coronavirus, with 17 residents infected, and six passing away. Since then, though, the home has seen a remarkable comeback in its battle against COVID-19.

The Motion Picture & Television Fund was first established in 1921, as the Motion Picture Relief Fund, in the wake of another worldwide pandemic. At the time of its inception, co-founder Mary Pickford said, simply, “We see a need, and we fill it.” The organization’s 100 years of philanthropy has been consistently supported by the generosity of entertainment workers.