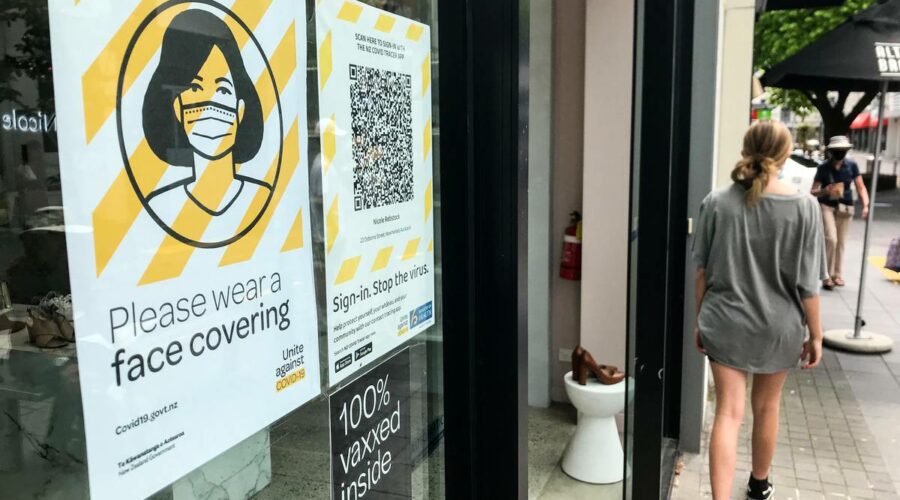 Gross domestic product (GDP) fell by 3.7 per cent in the September 2021 quarter, the second largest fall since the current series began in 1986, Stats NZ said today.

The September 2021 quarter’s GDP results reflected a widespread drop in economic activity due to the Covid-19 alert level restrictions and nationwide-lockdown implemented in the second half of the quarter.

The Reserve Bank had forecast a 7 per cent fall for the quarter.

Market economists had initially anticipated a similar sized fall but revised back their calls as stronger data emerged over the past few weeks.

The market had priced a fall of 4.1 per cent.

“It was a smaller fall than expected,” ANZ strategist David Croy said. “It’s as simple as that.”

Before the release the Kiwi dollar was trading at a one year lows. It rallied by about half a US cent to US67.85c on back of the news.

They say the less severe hit to the economy will only add to inflationary pressure and confirm expectations for rate rises in the new year.

Some industries were more affected than others by the higher alert level restrictions during the September 2021 quarter, StatsNZ said.

“The four industries with the largest falls in activity were retail, accommodation, and restaurants; manufacturing; construction and arts and recreation as they were the most affected by lockdown measures,” said national accounts industry and production senior manager Ruvani Ratnayake.

“Face-to-face activities were unable to take place, physical workplaces were closed, and non-essential workers remained at home during alert levels 3 and 4” .

Households spent less on services such as eating out, accommodation, and domestic travel, and less on durable items such as clothing, motor vehicles, furniture, and audio-visual equipment, Ratnayake said.

While widespread, the September 2021 quarter declines were less pronounced when compared with the June 2020 quarter (a fall of 10.3 per cent), during which the first nationwide lockdown was in place, she said.

15/12/2021 Business Comments Off on GDP: Delta slams New Zealand economy – but not as badly as first feared
Markets