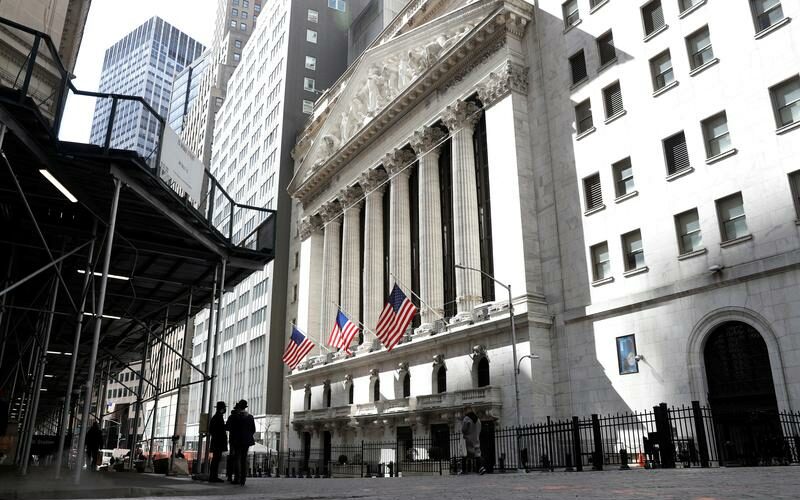 Wall Street’s main indexes fell on Monday on fears that an overheating economy could prompt the Federal Reserve to rein in its monetary support following a spike in volatility last week after strong inflation readings.

The benchmark S&P 500 is about 2% from its all-time high, while the tech-heavy Nasdaq is about 6% from its April 29 record high.

Fund managers trimmed their overweight positions on technology stocks to a three-year low as inflation worries left growth stocks vulnerable to a pullback, and turned overweight on UK stocks for the first time in sever years, a survey from Bank of America showed.

Dallas Fed Bank President Robert Kaplan repeated his view that the central bank could raise interest rates before the end of 2022 and that he would support trimming back its asset purchases sooner rather than later.

Minutes from the Fed’s April policy meeting will be parsed on Wednesday for the central bank’s view of the economy.

Wells Fargo & Co dipped 0.5% after Berkshire Hathaway Inc has sold nearly all of its holdings in the lender, abandoning a more than 31-year-old investment.

China’s Baidu Inc gained 3.4% after reporting a 25% rise in quarterly revenue, powered by advertising on its core search and video-streaming platforms.

Shares of EV charging equipment makers Chargepoint Holdings and Blink Charging Co gained 1.7% and 2.6% as President Joe Biden was set to make the case for his $174 billion electric vehicle plan on Tuesday.