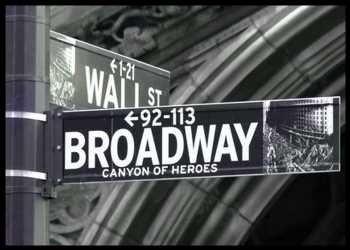 On the economic front, the National Association of Realtors Existing Home Sales for August will be published at 10.00 am ET. The consensus is for 5.90 million, while it was up 5.99 million in the previous month.

The Federal Open Market Committee or FOMC announcement will be at 2.00 pm ET. In the prior week, the Federal Funds Rate target level was in a range of 0 to 25 percent.

Asian stock markets traded in mixed territory. Chinese stock markets resumed trading after local holidays but were not overwhelmed by the Evergrande fiasco.

The major benchmarks of Australia and New Zealand ended positive, Japanese Nikkei continued to be beleaguered. Markets in Hong Kong and Korea were closed due to local holidays.

China’s Shanghai composite overcame the initial setback of a gap down opening at 3563.21 and finally closed the day’s trading at 3628.49, up 14.52 points or 0.40 percent from the previous close.

The Euro Stoxx 50 Index, which is a compilation of 50 blue chip stocks across the euro area, is up 0.87 percent.