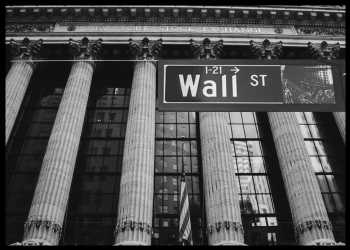 Early trends on the U.S. Futures Index suggest that Wall Street might open broadly up.

On the economic front, the Census Bureau’s International Trade in Goods (Advance) for June will be released at 8.30 am ET. The consensus is for a deficit of $88.7 billion, while it was down $88.1 billion in the prior month.

Retail Inventories (Advance) for June will be published at 8.30 am ET. In the prior month, the inventories were down 0.8 percent.

The Commerce Department’s Wholesale Inventories (Advance) for June is scheduled at 8.30 am ET. The consensus is for 1.1 percent, while it was up 1.1 percent in the prior month.

State Street Investor Confidence Index for July will be revealed at 10.00 am ET. In the prior month, the Index was at 96.3.

Survey of Business Uncertainty for July will be issued at 11.00 am ET. In the prior month, the sales growth was up 4.32 percent.

A two-year Floating Rate Note or FRN auction will be held at 11.30 am ET.

Asian stocks finished mixed on Wednesday. Chinese shares ended lower for a fourth consecutive session. The benchmark Shanghai Composite index slid 19.59 points, or 0.58 percent, to settle at 3,361.59 while Hong Kong’s Hang Seng index rose as much as 1.54 percent to 25,473.88 after being on the verge of a bear market.

The Euro Stoxx 50 Index, which is a compilation of 50 blue chip stocks across the euro area, is up 0.58 percent.