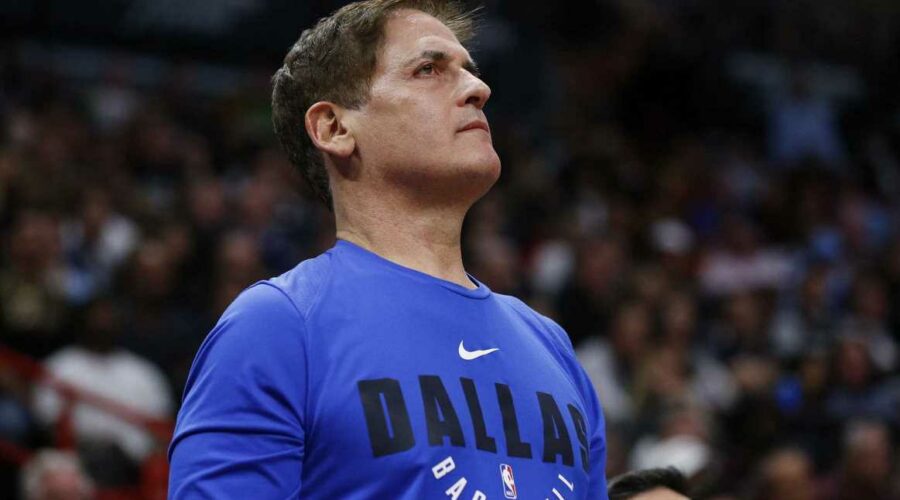 Between China's bitcoin mining crackdown, to billionaire investor Mark Cuban's DeFi, or decentralized finance, investment crash, a lot happened in crypto over the past week.

With the top cryptocurrencies by market value remaining in the red this morning, here are seven things worth knowing.

1. Kim Kardashian West was paid to advertise a digital coin on Instagram

Influencers, such as the D'Amelio family and Tana Mongeau, have started to post paid advertisements on their social media platforms for different digital coins and exchanges.

Last week, Kim Kardashian West made headlines after posting an ad for altcoin ethereummax on her Instagram story on June 13 to her 228 million followers.

Followed by a short clip of her speaking to her camera about ethereummax with "#ad" written at the bottom of the screen, Kardashian West posted text: "Are you guys into crypto???"

"This is not financial advice but sharing what my friends told me about the ethereum max token!" the post read. She again added different hashtags, including #ad, which is required to reveal that her post is paid for.

In May, Beijing called for a severe crackdown on bitcoin mining. This caused what's being called "the great mining migration" by those in the crypto world to places like Texas.

Texas appears to be an ideal destination for miners due to its deregulated power grid and pro-crypto political environment.

"You are going to see a dramatic shift over the next few months," Brandon Arvanaghi, previously a security engineer at crypto exchange Gemini, told CNBC. "We have governors like Greg Abbott in Texas who are promoting mining. It is going to become a real industry in the United States, which is going to be incredible."

On Sunday, China extended its crackdown to the southwestern province of Sichuan, where many mines were reportedly shuttered. Overall, China's actions seem to have led to a significant decline in bitcoin's hash rate, or processing power.

"As cryptocurrencies, central bank digital currencies and other digital assets enter the mainstream, the Committee will look at how digital assets have begun to enter many aspects of our lives … and consider how to devise legislation to support responsible innovation that protects consumers and investors while promoting greater financial inclusion," Waters said on Tuesday.

Members of the working group will also work on matters related to the possible creation of a CBDC in the U.S., she said.

El Salvador passed a new law to adopt bitcoin as legal tender on June 9, becoming the first country to do so. But, the World Bank will not assist El Salvador in implementing it, Reuters reported on Wednesday.

"We are committed to helping El Salvador in numerous ways, including for currency transparency and regulatory processes," a World Bank spokesperson told Reuters. "While the government did approach us for assistance on bitcoin, this is not something the World Bank can support given the environmental and transparency shortcomings."

Earlier on Wednesday, the finance minister of El Salvador, Alejandro Zelaya, said the country did seek technical assistance from the World Bank.

Mark Cuban revealed on Wednesday evening that he was trading a DeFi, or decentralized finance, token from Iron Finance called titan that ended up crashing to zero in one day.

"I got hit like everyone else," Cuban, owner of the Dallas Mavericks and an investor on ABC's "Shark Tank," tweeted on Wednesday.

At first, some in the crypto world speculated that this was the result of a rug pull, which is a type of scam where developers abandon a project and leave with investors' funds. Iron Finance denied those claims, writing in a blog post that the crash was due to a "bank run," or panic selling, and the token's algorithmic code.

Nonetheless, after this experience, Cuban called for more regulation within the space.

"[I]f you are looking for a lesson learned, the real question is the regulatory one," Cuban told Bloomberg on Thursday. "There should be regulation to define what a stable coin is and what collateralization is acceptable."

"Our goal is to equip our clients with best-execution pricing and secure access to the assets they want to trade," Max Minton, head of digital assets for Goldman's Asia-Pacific region, said in a statement. "In 2021, this now includes crypto, and we are pleased to have found a partner with a broad range of liquidity venues and differentiated derivatives capabilities spanning the cryptocurrency ecosystem."

7. MicroStrategy now owns over 100,000 bitcoins worth around $3 billion

On Monday, MicroStrategy announced it now owns more than 100,000 bitcoins after completing another purchase round. The enterprise software company spent roughly $489 million on 13,005 new tokens.

Don't miss: Here's what to know about cryptocurrency-based DeFi

21/06/2021 Business Comments Off on From Mark Cuban calling for crypto regulation to China's bitcoin mining crackdown: 7 key crypto moments from the past week
Markets