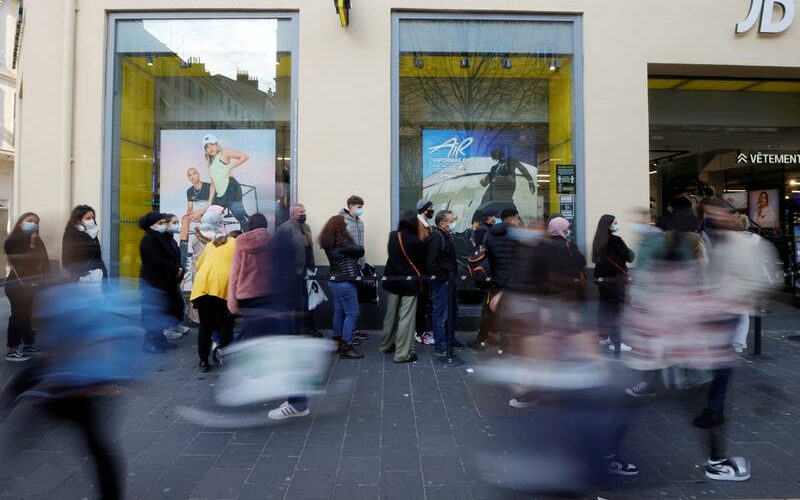 FILE PHOTO: People, wearing protective face masks, queue outside a shop in a street in Nice as France’ 16 hardest-hit departments will go into a third lockdown imposed to slow the rate of the coronavirus disease (COVID-19) contagion, March 19, 2021. REUTERS/ Eric Gaillard/File Photo

INSEE said its EU-harmonised consumer prices index fell 0.2% from August, giving a 12-month inflation rate of 2.7%, up from 2.4% in August.

The September rate was the highest since December 2011, but was slightly below an average forecast for 2.8% in a Reuters poll of 24 economists’ expectations.

As is the currently the case in many countries, surging energy prices are driving the inflation spike in France. They rose 14.4% over one year in September, INSEE said