New York (CNN Business)An estimated $150 million in equity capital has been invested in Black-owned banks since George Floyd was murdered last year, according to the National Bankers Association, a trade group that represents 24 of the country’s minority-owned financial institutions.

Those funds have put the nation’s Black banking community in a stronger position today than it was a year ago, according to the group’s board Chairman Robert E. James II.
“Our banks can now leverage that into $1.5 billion to serve minority communities,” James told CNN Business.

The cultural movement to support Black-owned banks along with other African American businesses received a major boost in the aftermath of Floyd’s murder on May 25, 2020, as many corporate leaders and everyday Americans sought ways to address longstanding socioeconomic disparities between Black and White America.

FDIC records show the nation’s 142 total minority-owned depository institutions, or MDIs, grew their combined assets more than 15% last year, from about $248.6 billion at the end of 2019 to more than $287 billion at the end of 2020. The FDIC says these banks are a small slice of the estimated $21 trillion US banking system, but they play an outsized role in serving Black and Brown communities. 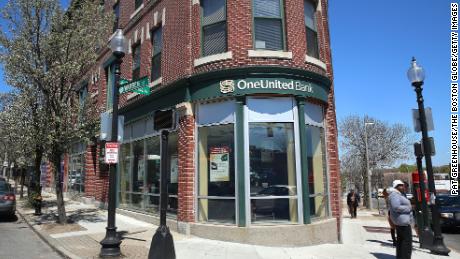 Putting the funds into action

Minority banking leaders say they’ve spent the last year deciding how to invest the new capital in the communities they serve. For example, OneUnited Bank opened new customer service facilities in Miami and Los Angeles. The company is also hosting a free virtual conference promoting financial literacy beginning on June 19 in conjunction with its recently launched One Transaction program.
Both the conference and the program are designed to help close the racial wealth gap by teaching participants about six keys to building generational wealth. Those keys include maximizing savings and investments, owning a home, having a will, and owning a profitable business, according to OneUnited CEO Kevin Cohee.
Cohee says OneUnited is also stressing the importance of using the internet to grow your business. He pointed out Black entrepreneurs own a disproportionate number of brick-and-mortar small businesses that were hit harder by pandemic shutdowns last year than businesses that primarily operate online.
“The internet is the new real estate,” Cohee told CNN Business. “Just like ownership of real property was the major builder of wealth up until this time, now that’s switching to the internet. It’s the biggest opportunity to get wealthy that there’s ever been.”
OneUnited says it has added more than 100,000 customers since a year ago and revenue grew 150% last year. FDIC records show the bank had more than $666 million in assets as of December 31.
“We have over twice as many customers as any other minority depository institution,” Cohee said. 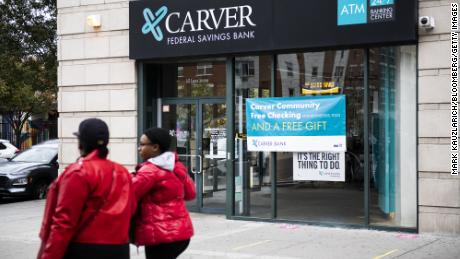 James said last year was a pivotal one for the National Bankers Association and its members. The NBA’s newest President and CEO, Nicole Elam, took over for Kim Saunders in May. Elam is leading the NBA’s efforts to help Black and Brown communities recover pandemic losses and expand access to capital.
James said the group now leads multiple calls a week to help members access equity capital to increase their service capacity. The NBA also has prioritized helping its member banks leverage financial technology to achieve an economic multiplier effect for Black and Brown Americans. Its innovation committee is working to bring additional fintech services to customers and recruit larger banks looking to help underserved minority communities.
“We also look forward to engaging new generations in conversation about how they can use their money to help foster the social change they seek,” James said.
Both the FDIC and Elam stressed the critical role minority-owned banks play in addressing America’s systemic inequities. The FDIC says minority-owned banks have a much better track record of lending to Black and Brown customers than mainstream consumer banks.
“We have on the ground relationships and trust within these communities,” Elam said via email. “Unfortunately, we haven’t always had the resources to serve the community’s needs. Supporting our banks will not only drive capital but help minorities build and retain wealth.”

Elam said the Buy Black movement that began a year ago must continue if supporters want to have a lasting impact.
“We need lasting relationships to build capital and get revenue opportunities,” she said. “Our members must be able to go back to their customer base and tell them they won’t suffer by bringing their accounts to Black-owned banks and MDIs.”
Source: Read Full Article

21/09/2021 Business Comments Off on Former MetricStream CEO: Some progress on diversity efforts
Markets