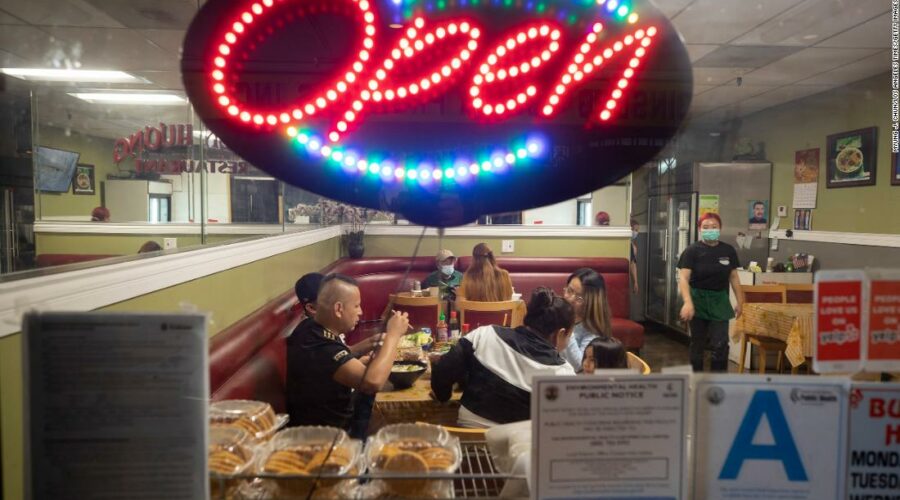 (CNN Business)The restaurant industry is in worse shape now than it was three months ago, according to a new survey by the National Restaurant Association.

Seventy-eight percent of restaurant operators said they have experienced a decline in customer demand in recent weeks because of Delta variant concerns, according to survey data released Wednesday.
That, along with rising costs of food, has sliced already razor thin margins for the industry. Of those surveyed, 91% of restaurants said they’re paying more for food and 84% have higher labor costs despite labor shortages leaving them unable to keep up with demand, the survey indicated. 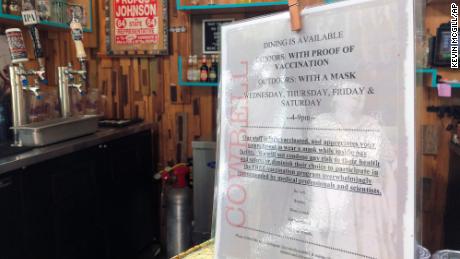 Meanwhile, 71% of restaurants are understaffed while struggling with supply shortages. Nearly every restaurant surveyed — 95% — said it had experienced supply delays or shortages of key food or beverage items in the past three months.

The association estimates that the recovery for restaurants will continue well into 2022. In response, the group has called on Congress to provide more funds to the tapped-out $28.6 billion Restaurant Revitalization Fund.
The group estimates two-thirds of restaurants did not receive funding before the fund ran dry. In a letter sent to Congressional leaders Wednesday, the association asked to limit tax increases under the Build Back Better Act and avoid proposed technical fines for labor violations.

“Restaurants still need help today and overwhelming them with costly new obligations will only prevent progress in turning the tide of recovery,” Kennedy wrote.
The National Restaurant Association estimates that 90,000 restaurants have closed during the pandemic.
Source: Read Full Article

29/09/2021 Business Comments Off on For restaurants, the economic recovery is 'moving in reverse'
Markets