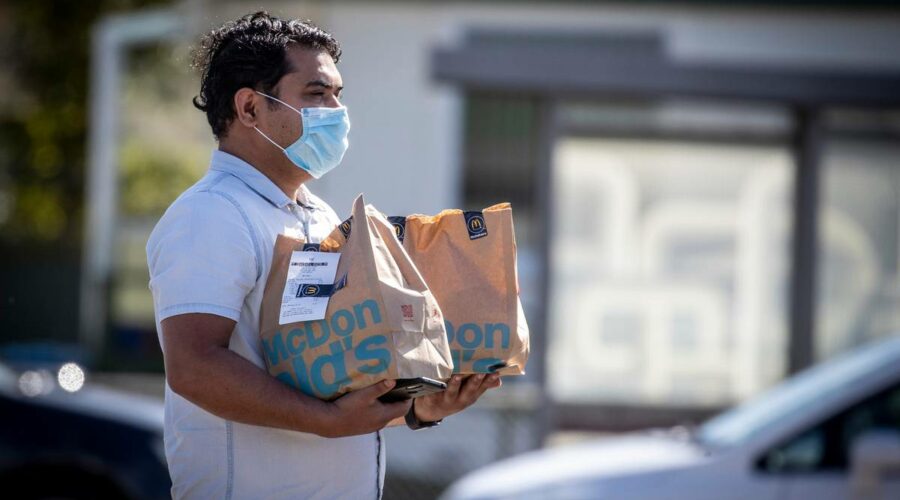 The San Francisco-based giant first launched its Uber Eats business in 2014, five years after its initial launch with ridesharing in the United States.

The ridesharing service launched in New Zealand in the same year it launched Uber Eats in its home market. Food delivery was turned on locally in 2017. In just four years the service has grown to make up 52 per cent of the company’s local business.

Uber Eats general manager of Australia and New Zealand, Matthew Denman, said the Uber Eats business overtaking that of its rides business could be attributed to the coronavirus pandemic and restrictions accelerating demand for home deliveries.

“Whilst our ridesharing business is coming back to normal in markets like New Zealand, what we’re seeing is the demand for delivery is still there and we believe we will continue to grow as we add more services and offerings like grocery and pharmacy,” Denman said, speaking exclusively to the Herald.

“Demand for deliveries has grown dramatically. In 2020, delivery was 52 per cent of Uber’s business and up 87 per cent year-on-year across APAC, and in Australia and New Zealand currently the Uber delivery business is larger than the mobility business.”

Denman said Uber Eats’ recent double-digit growth showed that the company was “no longer just a ridesharing business that does delivery as well”.

Uber’s mobility business surpassed US$30 billion ($41b) in gross bookings, globally, in the March quarter, while its delivery business set another record, crossing US$52b ($71b) in gross global bookings.

Uber says it is on track to reach profitability in 2021.

In recognising the growing delivery business, Uber has today launched its latest product – a membership subscription for $14.99 per month that enables members to access “discounts and benefits” such as no delivery fees on Uber Eats, convenience and grocery orders, 10 per cent off rides and other regular “member perks”.

Denman said more retail merchants would be added to its local Uber Eats platform in the months ahead, including pharmacies and convenience stores.

He said the membership subscription would give members “access to more value”, and compared its price point to “less than the cost of a high-definition Netflix subscription”.

Uber has been working on the Uber Pass concept since 2018. Iterations of the product are already live in some markets, including the United States and parts of Europe. It also launches in Australia today.

Uber Pass is a global focus for the NYSE-listed company in 2021. It currently has more than five million members subscribed globally.

“In New Zealand and Australia, where we have a strong ridesharing mobility and really strong delivery business – we’re the market leader across both countries – we think it makes sense to leverage the power of that platform and move towards this world where Uber helps you go anywhere or getting anything,” Denman said.

“Uber Pass is going to be hopefully as successful, or more successful, in New Zealand than it is just about anywhere in the world.”

In recent years Uber has launched a string of offshoot businesses, including Uber Air, Uber Connect and Delivery, alongside a fleet of electric bikes and scooters, as it looks to dominate the mobility and delivery markets.