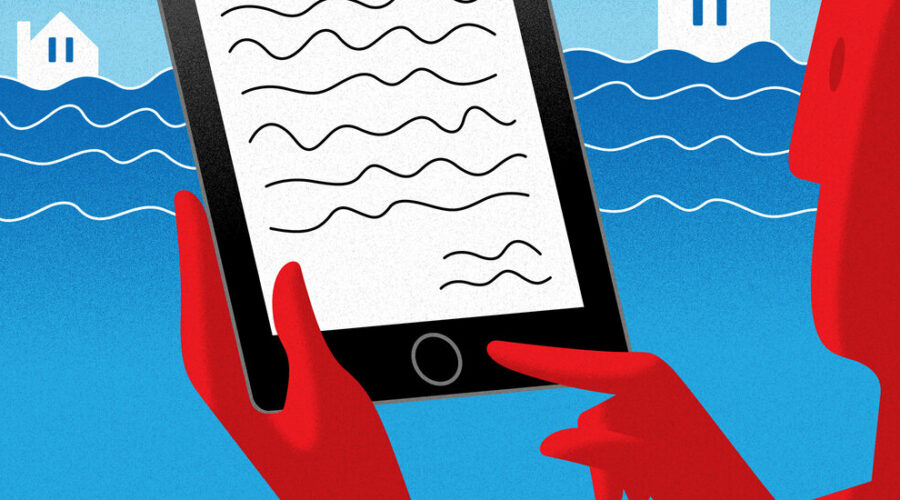 Was your home damaged by Hurricane Ida? Insurance experts say you should file claims as soon as possible — if you have coverage.

Ida hit Louisiana on Aug. 29 as a Category 4 hurricane, with sustained winds of up to 150 miles an hour. Days later, remnants of the storm inundated parts of New Jersey, New York and other Northeastern states, causing flash floods that damaged homes and cars and killed more than 40 people.

Property owners are often surprised to learn that their homeowner’s policy doesn’t cover damage from floodwaters. They must add special flood coverage, underwritten by the National Flood Insurance Program and sold through insurance companies or from a few private flood insurers.

The Consumer Federation of America estimated on Sept. 1 that the federal flood program would handle as many as 100,000 claims from Hurricane Ida, totaling more than $7 billion, and that was before the storm hit the Northeast.

J. Robert Hunter, the federation’s director of insurance, said the additional flooding in the Northeast would result in about $2 billion in insured damage — although actual damage is probably much higher because many structures lacked flood insurance.

The property data company CoreLogic estimated that total insured flood loss for both residential and commercial properties in the Northeast was $5 billion to $8 billion, with losses for uninsured properties about double that. Pennsylvania, New Jersey, New York, Connecticut and Massachusetts account for most of the losses.

David Maurstad, a senior executive of the federal flood insurance program, said on Wednesday that about 17,000 claims had been submitted so far from Ida, although it was relatively early because some people in Louisiana were still getting access to their properties. Extensive power outages delayed the return to some areas.

Coastal Louisiana, with its history of hurricanes, has a relatively high proportion of properties carrying flood coverage, Mr. Maurstad said. And insurers that sell and administer flood policies for the federal government have indicated they have an “ample supply” of claims adjusters to inspect properties and assess damage, he said.

Changes have been made to the claims process in recent years to help make filing simpler and faster, he said. The flood program has eliminated some “cumbersome” forms of paperwork, he said, and can now advance up to $20,000 for repairs even before an adjuster inspects the property. (The advance is deducted from the final payout.) The program also has streamlined its appeals process for policyholders who disagree with their payout, he said.

“Our goal is to get policyholders back on their feet as quickly as possible,” Mr. Maurstad said.

Many basements in New York and New Jersey flooded from torrential rain, but such losses are unlikely to be covered unless the property carried flood insurance, experts say. Even then, federal flood policies offer limited coverage for damage to property in basements. The National Flood Insurance Program’s summary of coverage says its policies cover major systems and appliances, but it may offer limited coverage for belongings like couches, computers and televisions in a basement.

Standard homeowner policies may offer some coverage for damage in basements if the policyholder purchased extra insurance, known as an endorsement or “rider,” for sump-pump failure, said Christine O’Brien, the president of the Insurance Council of New Jersey, a trade association. So it may be worth filing a claim and having an adjuster assess the damage.

But coverage depends on the details of your rider. An endorsement may cover damage from a failed sump pump that was overwhelmed by, say, a burst interior pipe — but not if the cause was a flood, said Ellen Melchionni, the president of the New York Insurance Association.

Loretta Worters, a spokeswoman for the Insurance Information Institute, another trade group, said a sump-pump endorsement typically provided modest protection — $5,000 to $10,000 — for belongings destroyed by overflow from a sump pump or by a backed-up sewer or drain. There is usually a separate deductible, often a percentage of the coverage listed on the rider, so you should check with your insurer.

Homeowners who don’t have flood coverage may be eligible for federal disaster grants, which may cover some of the damage, or low-interest loans.

Major insurers are increasingly offering remote inspections over video because of the pandemic. If you have a mobile phone or tablet and are comfortable doing so, a remote inspection may occur sooner than an in-person visit.

To help speed the claims process, consumer experts advise contacting your insurance agent and filing a claim as soon as possible, since insurers typically handle them on a first-come, first-served basis. Write down your claim number or store it in your phone — wherever it’s easily accessible. And start a log of contacts with your insurer, listing the date, time and a short summary of the conversation.

If it is safe to do so, take photographs or videos of the damage — but leave climbing on the roof to professionals, Mr. Hunter said. You can also submit images of your possessions taken before the storm to document your losses.

The Federal Emergency Management Agency, which oversees the flood insurance program, recommends throwing out flood-damaged items that pose a health threat, such as from the growth of mold, after you take photos. Keep samples of flood-damaged items like carpet and curtains to show the adjuster.

Retain receipts of any initial repairs as well as the cost of hotels and meals. While federal flood policies don’t reimburse for temporary living costs, homeowner’s policies generally cover those expenses when they’re the result of wind damage. In federally declared disaster areas, disaster assistance may help pay for living costs that flood insurance doesn’t cover. You can search FEMA’s disaster website to see if your area qualifies.

Fortunately, standard homeowner’s insurance policies do typically cover damage from high winds — like blown-off roofs, shingles or siding, or blown-in rain. If your property was affected by both wind and flood, you may be eligible for living expenses from your policy, Mr. Hunter said.

Here are some questions and answers about flood insurance:

What if I’m not satisfied with my flood claim?

If you feel your payout is too low, you can dispute it. You can ask the adjuster’s supervisor to reconsider your claim, or you can file a request with the insurer for a new review. If you still disagree, you can file a written appeal with FEMA within 60 days of the insurer’s denial letter.

In cases of serious damage, you could consider hiring a public insurance adjuster — a professional adjuster who represents you rather than the insurer. In most states, public adjusters work on a contingency fee, meaning they aren’t paid upfront but take a cut of the settlement — often 15 percent. (Louisiana doesn’t allow contingency fees, so adjusters typically charge a flat or hourly fee.) Because the fee can be steep, the consumer federation doesn’t recommend immediately hiring public adjusters, Mr. Hunter said.

But insurers may seek to delay paying claims or deny them, hoping that policyholders will give up and accept the initial payout, said Anita Taff, the president of the National Association of Public Insurance Adjusters. Insurance policies can be complex, she said, and the federal flood program has deadlines that must be met to protect your claim. So an adjuster can help keep you on track. Typically, she said, an initial consultation with a public adjuster is free. If you do want to consider hiring one, you can search on the association’s website for member adjusters, who agree to the group’s rules for conduct and training.

Do I need flood insurance if my home isn’t in a high-risk area?

What if I am having trouble paying my insurance deductible?

Flood and homeowner’s insurance policies typically carry deductibles — an amount deducted from your claim payout. Some states, including South Carolina, Alabama and Mississippi, offer “catastrophe” savings accounts, which clients can deposit to tax-free. The funds can be used to pay for insurance deductibles and uninsured losses from hurricanes, floods and windstorms.

10/09/2021 Business Comments Off on Flood Damage From Ida? Your Homeowner’s Policy Probably Won’t Cover That.
Markets