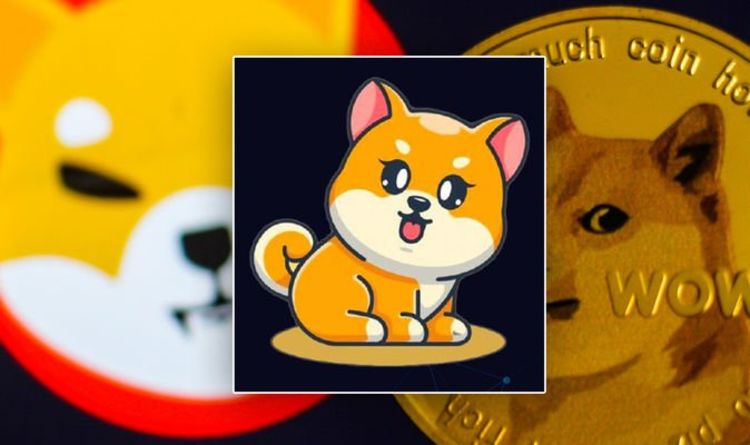 Dogecoin ‘is pure speculation and will end badly’ says Yusko

Altcoin tokens have split the cryptocurrency market wide open in 2021, offering novice inventors a chance to join the fun. Several infamous coins have edged into the top 20 most popular coins after making four-figure value jumps from obscurity. And some of them have relied on a central theme – the Shiba Inu dog breed – to make their fortunes.

Dogecoin (DOGE) led the way early this year, gaining 4,000 percent of its value within months.

Shiba Inu coin (SHIB) followed not far behind, managing to crack the top 20 most popular coins this week, 74 months faster than its older competitor.

This week alone it managed to gain more than 350 percent of its value, capitalising on a Twitter post made by Elon Musk.

Developers took the opportunity to immortalise the new addition to the Musk family in crypto form.

They created FlokiFrunkPuppy within a day of Mr Musk’s announcement, and it has quickly risen to prominence.

The token is currently one of the most popular on the market, according to CoinMarketCap.

The trading platform currently has the new currency third on its list of trending coins.

Floki is behind Taboo Token and yet another Shiba Inu offshoot, Baby Shiba Inu, marking impressive gains this week.

The token has since performed in waves, with brief dips before rising to $0.000000317 earlier today.

Over the last 24 hours, the coin has grown in value by more than 20 percent.

The developer website explains their coin was “birthed by fans and members of the Shiba Inu community”.

They add it is also contributing towards three “flagship utility projects”.

These include a “gaming metaverse” named Valhalla, an NFT and merchandise marketplace FlokiPlaces.

The ambitious devs aim to combine “utility and the power of a community” to become a top 10 crypto project and “kickstart the next crypto revolution.”

Developers state their coin was “inspired by” billionaire Mr Musk.

But he is yet to comment on the market’s newest addition.

09/10/2021 Business Comments Off on FlokiFrunkPuppy: The new DOGE and Shiba Inu competitor taking the crypto market by storm
Markets