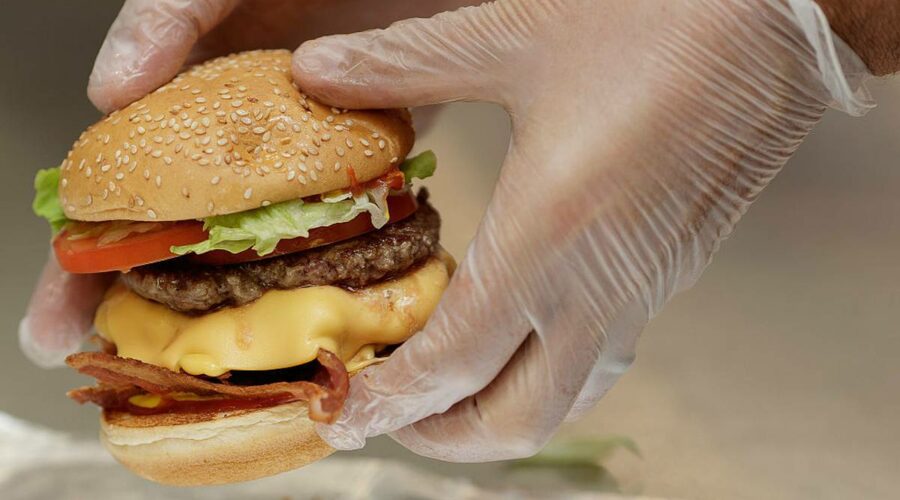 The business plans to open five to 10 restaurants in New Zealand, after opening 20 stores in Australia in Sydney, Melbourne, and Brisbane, starting in the middle of the year.

Seagrass Boutique Hospitality Group has signed an exclusive master franchise agreement with Five Guys to bring the brand to New Zealand and Australia.

Speaking to the Herald exclusively, David Ovens, chief marketing officer of Seagrass Boutique Hospitality Group and director of franchise subsidiary company Blue Coral Concepts, which has been tasked with bringing the Five Guys to Australasia, said the company was obligated by the franchise agreement to open at least five stores in NZ.

However, he said he could see about 10 locations operating comfortably in the market.

The first Five Guys locations would open in Auckland, and others would follow in Wellington, Christchurch and Queenstown, he said.

Seagrass and Five Guys are looking for high-traffic high street city centre locations for the restaurants, but are yet to finalise any sites. The group will later this year begin scouting potential sites for Auckland locations, with its target space range of 300 to 350sq m per store.

Each site will need to be approved by Five Guys team in American.

He could not confirm when in 2022 the first local Five Guys store would open, but said work for the New Zealand launch would begin towards the end of the year.

Seagrass would focus its efforts on the Five Guys roll-out in Australia this year and the New Zealand launch the following year, he said.

The group would invest at least A$10 million to bring Five Guys to New Zealand, about A$2m on each restaurant location. Including Australia, that figure would be in excess of A$50m.

Seagrass had been engaging with Five Guys since 2019, and initially planned to open outlets in both countries sooner, but Ovens said it lost a year of progress because of the pandemic.

“We lost a year in the scheme of things because everything was shut down for a while, so it has taken longer than normal,” Ovens said of the store openings.

The New Zealand and Australian stores would be similar to the brand’s European stores as opposed to its freestanding American locations.

Five Guys operates a click-and-collect service, which enables customers to order online and pick up in store. Its stores are known for their wide range of condiment and fresh food prepared daily.

Ovens said Five Guys would set up a local supply chain to source its beef patties, burger buns and fries from Kiwi producers, inline with its strategy in other markets.

Its stores do not use freezers. Large teams prep and ensure produce is fresh daily.

Each New Zealand restaurant would need 50 to 60 staff, Ovens said.

He believed Five Guys would be well-received in New Zealand, like it had been in other markets.

“We are extremely confident.

“Every market that they have gone into – doesn’t matter whether it’s England, France, the Netherlands, Hong Kong, Singapore – they have been extremely successful.

“Customers appreciate the quality of the product, the customisation and the freshness. It makes it different to other brands.”

Five Guys is Seagrass Group’s first franchise operation, it has six restaurant concepts which are company owned and operated.

Ovens said the Five Guys expansion opened up the possibility of the group bringing its steak house and other eateries to New Zealand. The Meat & Wine Co could be an option, along with its Italian Street Kitchen and Ribs & Burgers brands.

Five Guys has a cult international following, and has more than 1500 restaurant locations worldwide, including in Britain, Hong Kong and Singapore.

Retail consultant Chris Wilkinson, of First Retail Group, warned New Zealand could be a more challenging market for the iconic chain to establish in as the country already had a well-established gourmet burger market.

But Ovens disagreed, saying most markets did.

“New Zealand is almost home to the gourmet burger and has been for quite a while. [Five Guys] are coming to a market where we understand gourmet burgers.

“We’ve got very high representation of quick service restaurant brands. Yes, they will find success but it won’t necessarily be sustained, and it’s not necessarily a given because we’re quite advanced in this category,” Wilkinson said.

That said, Wilkinson said Five Guys was an aspirational, high-energy brand and would no doubt be welcomed by Kiwi consumers. He said big iconic international brands like Five Guys coming to market were vital to keeping shopping centres and local city and suburban centres vibrant.

“We need to keep constantly changing up our offers to keep people connected with our retail centres and our town and city centres. It’s important that we’ve got the evolution continuing to happen otherwise areas become stale and consumers have every reason to want to be ordering online.”

Five Guys will open its first Australian store in the Sydney suburb of Penrith, and is considering other locations around Circular Quay and Broadway.