Nothing like the recovery in the US stock market has ever been seen before. After the Wall Street Crash of 1929, the time it took for shares to regain their previous peak was measured in decades. After the global financial crisis of 2008, it was measured in years. This time it has taken less than five months – from a low on 23 March – for the S&P 500 to regain all its lost ground and hit a new high. At the time, not even the most bullish trader would have been bet on such a rapid recovery, but five factors explain the remarkable turnaround.

Even while the market was crashing in early March, America’s central bank was acting to reassure investors that it would go to any lengths to support the world’s biggest economy and prevent a financial crisis.

As in the aftermath of the collapse of Lehman Brothers in 2008, the Fed moved swiftly: it cut interest rates to zero; it promised to pump $5 trillion into the troubled money markets; it created lending programmes to help the cash flow of US businesses big and small; it bought corporate bonds; and it has given the impression that it may buy stocks as well.

Mark Haefele, chief investment officer at UBS Global, says the rally on Wall Street and the recent fall in the US dollar are “being driven primarily by central bank policies of adding unprecedented liquidity to markets through renewed quantitative easing and ultra-low rates.” 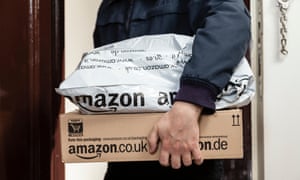 The lockdown has been disastrous for some sectors, notably hospitality and airlines, but people stuck at home have been spending more time online, shopping, watching, socialising and working. That has been good news for the five big US tech giants – Apple, Amazon, Facebook, Google and Netflix.

Dhaval Joshi, analyst at BCA research, says the S&P 500 should be renamed the S&P 5 because it is now so dominated by a handful of companies. Likewise, about 10 stocks – mostly in finance and energy – drive the UK’s FTSE 100.

“A crucial defining feature of a stock market,” Joshi says, “turns out to be its exposure to healthcare and technology – whose profits are in major structural uptrends – versus its exposure to financials and energy, where profits are in major structural downtrends. He points out that healthcare and technology businesses account for 40% of the total value of the US stock market, compared with 12% for the UK.

The US economy contracted by almost 10% in the second quarter of 2020, but on Wall Street that is now ancient history. What matters is that activity is picking up and unemployment is coming down, albeit in fits and starts – as shown last week, when new unemployment claims rose back above 1 million.

Traditionally, Wall Street looks beyond the short term and anticipates that a company’s earnings – on which its stock market valuation ultimately depends – will recover.

However, some investors, including Norway’s massive sovereign wealth fund, say this is risky at a time when Covid-19 is not beaten. Trond Grande, the fund’s deputy chief executive, said markets did not reflect the real economic impact of the virus, which was not under control “in any shape or form”. 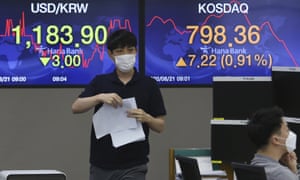 The devastating economic impact of Covid-19 has meant a worldwide race to find a vaccine. Normally this takes years, but there are hopeful signs – including from researchers at Oxford University – that the process could be speeded up.

Wall Street has proved highly sensitive to reports of a possible breakthrough, from either US biotech companies such as Gilead or foreign rivals. But even on the most optimistic assumption, a vaccine will not be widely available until 2021 at the earliest, and the chances of failure are high. But for the past few months, vaccine optimism has helped boost not just pharma shares but Wall Street stocks generally.

5. There is no alternative

In the early stages of the pandemic, investors dumped shares and parked their money in traditional safe havens such as cash and US treasury bonds. But the actions of the Fed and other central banks have made these options less attractive.

Interest rates for savers are barely above zero, and in some countries the interest rates (yields) on government bonds have turned negative, which means investors have to pay the state for the privilege of putting their money in a safe asset.

For investors who believe shares are overvalued, there is gold, whose price has risen by almost $400 an ounce in the past six months.

How markets fared in other crises 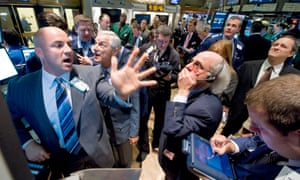 2008 After Lehman Brothers collapsed, banks the world over stopped lending amid panic over losses on speculative investments, and were saved from collapse by massive governments bailouts. From spring 2008, in the deepest recession since the war, GDP fell by 6% over five quarters. Growth returned in late 2009, but unemployment hit 8.5% in 2011.

What happened to stock markets? The FTSE 100 suffered its worst ever calendar year in 2008, plunging by 31% as the global banking system went into meltdown. It took until 2013 for it to regain its pre-crisis high.

Early 1990s recession The classic example of boom and bust came in the early 1990s as Britain lurched into recession after stellar economic growth in the late 1980s. GDP fell by 1.9% for five consecutive quarters before a return to growth in the fourth quarter of 1991 and unemployment peaked at 10.7% in December 1992.

1970s oil shock Oil prices rocketed fourfold as Arab states embargoed crude exports to the US, UK and other nations after the Yom Kippur war. This and other problems for Britain led to the three-day week in early 1974. The economy shrank 4% between autumn 1973 and spring 1974, then fell into a double-dip recession in 1975, with six more months of decline totalling 1.9%.

What happened to stock markets? The oil crisis triggered the longest stock market slide since the 1929 Wall Street crash, with a near two-year decline. In New York, the Dow Jones lost almost half its value. The London Stock Exchange’s FT 30 – predecessor of the FTSE 100 – collapsed by 73% between spring 1972 and the end of 1974. Richard Partington