Powell had barely completed a key Friday morning speech when Trump ratcheted up his war of words against both the Fed chair he appointed, and with China, which earlier on Friday had retaliated to U.S. tariffs with its own import taxes on American crude oil, agricultural products and small aircraft.

The rapid escalation, which tanked stock markets and drove bond yields lower even before Trump raised the ante with additional tariffs on China, could force the Fed to cut rates to keep the 10-year expansion under way.

Indeed, data reported as Powell was speaking on Friday showed further deterioration in the U.S. housing market, on the heels of figures earlier in the week showing weakness in the manufacturing sector.

But the message from both Powell and his second in command, vice chair Richard Clarida, was that while the Fed may be willing to cut to protect the recovery, it made no promises.

“We take our policy decisions one meeting at a time,” Clarida said late Friday afternoon, after Wall Street trading had closed with key indexes down from 2% to 3%.

The Fed cut rates for the first time in more than a decade last month, backing Powell’s verbal commitment to sustain the expansion with action. Powell on Friday made clear that commitment is still in place in a speech he gave at an annual Fed retreat at a Jackson Hole valley resort set against the Grand Teton mountains.

He said there are “significant” risks to the economy, including the trade dispute, the chaotic British exit from the European Union, tension in Hong Kong and signs of a global economic slowdown.

But he also said the domestic U.S. economy is in a “favorable place” now and he stressed limits to the Fed’s ability to respond to the trade issues. He also said officials need to “look through” short-term turbulence, and stopped short of endorsing or signaling the pace and depth of rate cuts markets widely expect and that Trump has demanded.

There are “no recent precedents to guide any policy response to the current situation,” Powell said, adding that monetary policy “cannot provide a settled rulebook for international trade.”

The U.S. president fumed about the Fed doing “NOTHING” in a series of tweets and asked who is “our bigger enemy” between Powell and China’s President Xi Jinping. Markets swung when he added that “our great American companies are hereby ordered to immediately start looking for an alternative to China.”

Global stock markets fell, with the U.S. S&P 500 index closing down more than 2%. U.S. benchmark Treasury yields fell to their lowest level in a week and the dollar declined broadly.

Later on Friday Trump announced he was raising tariff rates on a range of Chinese goods by an additional five percentage points.

“It’s pretty clear to me that Powell was sending a message that if you are so concerned about the economy, lowering rates is not going to help you,” said Craig Bishop, lead strategist of the fixed income group at RBC Wealth Management. “You need to do something about trade. That’s not a message Trump gets.” 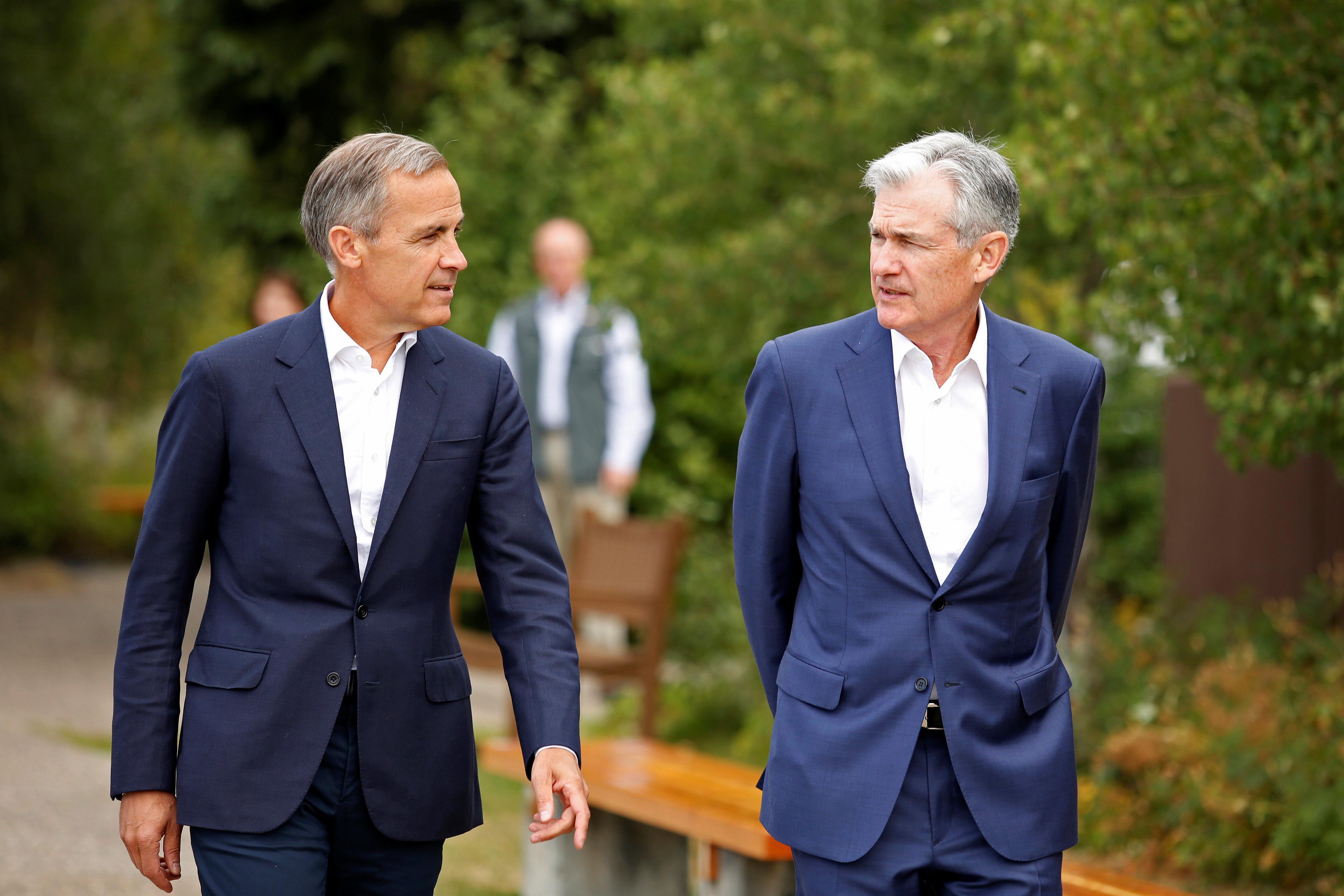 The trade war has left world central bankers here on edge as they also try to navigate a global slowdown many attribute to Trump’s trade tactics, which they worry may have lasting repercussions.

“Without question the euphemism of ‘trade tensions’ does not do justice to the scale of the impact of recent trade actions, actual and potential, and to some extent the fundamental challenge to the nature of the trading system,” Bank of England Governor Mark Carney said during a luncheon speech here.

Renewed U.S.-China trade tensions and pressure from the White House complicate the Fed’s job going into its Sept. 17-18 rate-setting meeting. Policymakers were already divided over whether to head off economic fears with significant further rate cuts or to stand pat because people are still finding jobs, taking home fatter paychecks and spending money.

No matter what course Powell chooses, it is clear from the minutes of the Fed’s most recent meeting released Wednesday and from the range of comments from policymakers also in attendance here that the chair lacks a broad consensus among his colleagues about the appropriate course of action.

Earlier on Friday, St. Louis Federal Reserve Bank President James Bullard told Bloomberg TV the policy-setting Federal Open Market Committee would have a “robust debate” about cutting U.S. interest rates by a half percentage point at its next policy meeting in September.

Bullard, who has long advocated for lower rates to counteract tame inflation, said he is troubled by signs of a slowdown coming from the bond market. He is referring to the relative decline in long-term bond yields, called an “inversion” of the Treasury yield curve, that has preceded recessions.

He said he is “not interested” in testing the theory “that this time is different” with regard to interpreting the bond market’s signal.

Meanwhile, Cleveland Federal Reserve President Loretta Mester, who did not support the Fed’s rate cut last month, said she is not yet convinced of the need to cut rates further.

“At this point, if the economy continues where it is, I would probably say we should keep things the way they are,” Mester told CNBC. “But, I am very attuned to the downside risks to this economy.” 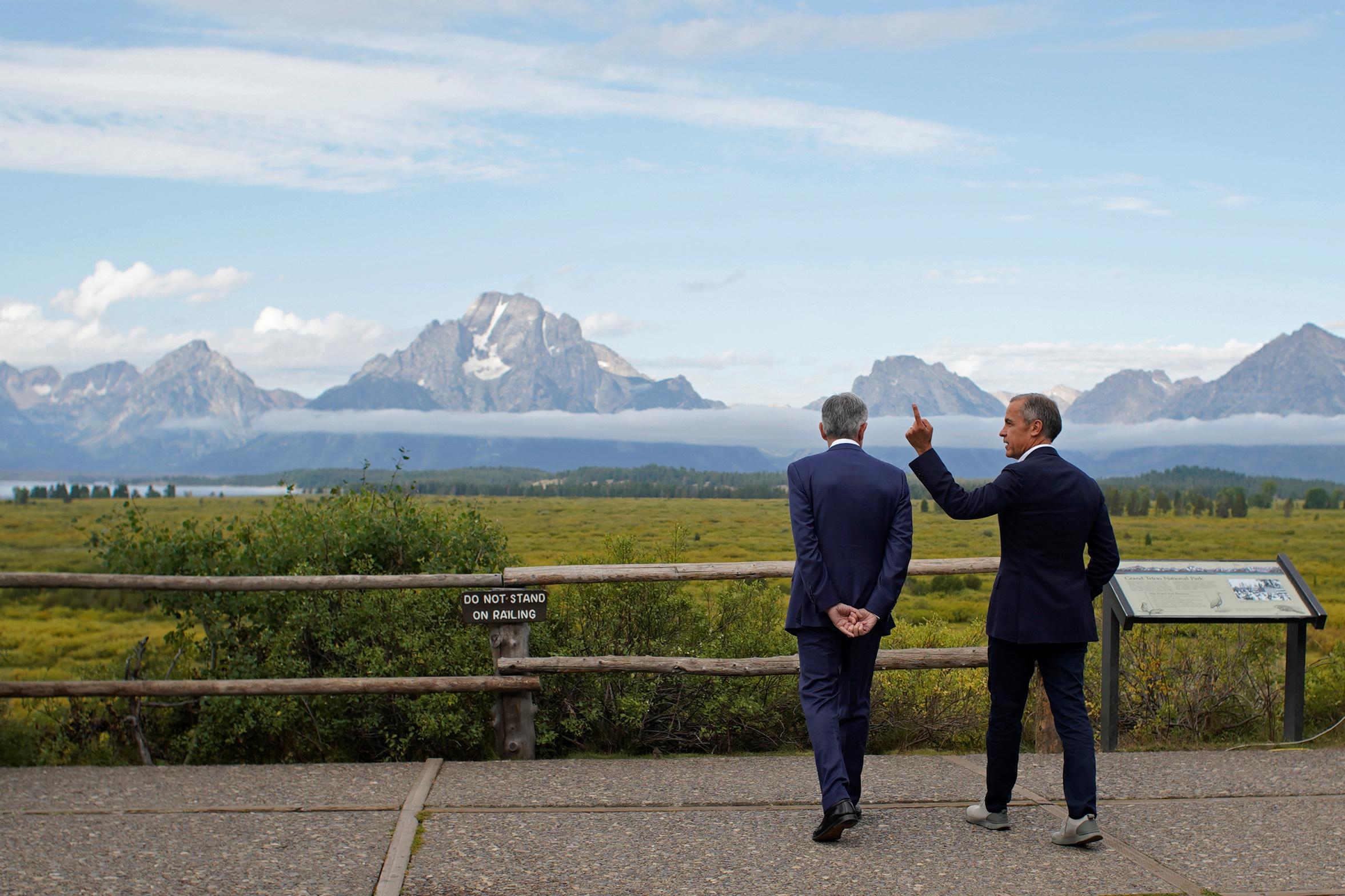 The Bullard-Mester divide is emblematic of the wide range of opinion inside the Fed’s rate-setting committee, which voted 8-2 to cut rates on July 31 for the first time in a decade. That tally did not fully capture the disapproval of the move by those without a vote at the meeting, including Mester.

And, of course, there is Trump. He has been unrelenting in his demands that the Fed cut rates, in part to help take some of the wind out of a strong U.S. dollar that he sees hurting U.S. exports.