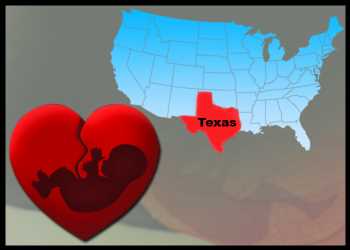 A US federal judge has issued an injunction blocking enforcement of a Texas law banning abortion after six weeks into pregnancy.

On September 9, the Justice Department had filed a lawsuit to prevent the State of Texas from enforcing the law, which effectively bans most abortions in the state.

Last month, the U.S. Supreme Court turned down emergency request by abortion and women’s health providers for an injunction on enforcement of the ban.

This far-reaching verdict on reproductive health effectively bans abortion for the nearly 7 million Texans of reproductive age, even in cases of rape, sexual abuse and incest.

In his ruling on the Justice Department’s suit Wednesday, U.S. District Court Judge Robert Pitman said, “women have been unlawfully prevented from exercising control over their lives in ways that are protected by the Constitution.”

Texas Senate Bill 8, also known as The Texas Heartbeat Act, awards at least $10,000 for a lawsuit that successfully blocks a pregnant person from getting an abortion in Texas.

Responding to the federal court’s ruling, Attorney General Merrick B. Garland described it as a victory for women in Texas and for the rule of law. “It is the foremost responsibility of the Department of Justice to defend the Constitution. We will continue to protect constitutional rights against all who would seek to undermine them,” he said in a statement.

The White House termed the ruling as an important step forward toward restoring the constitutional rights of women across the state of Texas. “S.B. 8 not only blatantly violates the right to safe and legal abortion established under Roe v. Wade, but it creates a scheme to allow private citizens to interfere with that right and to evade judicial review,” Press Secretary Jen Psaki said in a statement.

“The fight has only just begun, both in Texas and in many states across this country where women’s rights are currently under attack. That’s why the President supports codifying Roe v. Wade, why he has directed a whole-of-government response to S.B. 8, and why he will continue to stand side-by-side with women across the country to protect their constitutional rights,” the statement added.