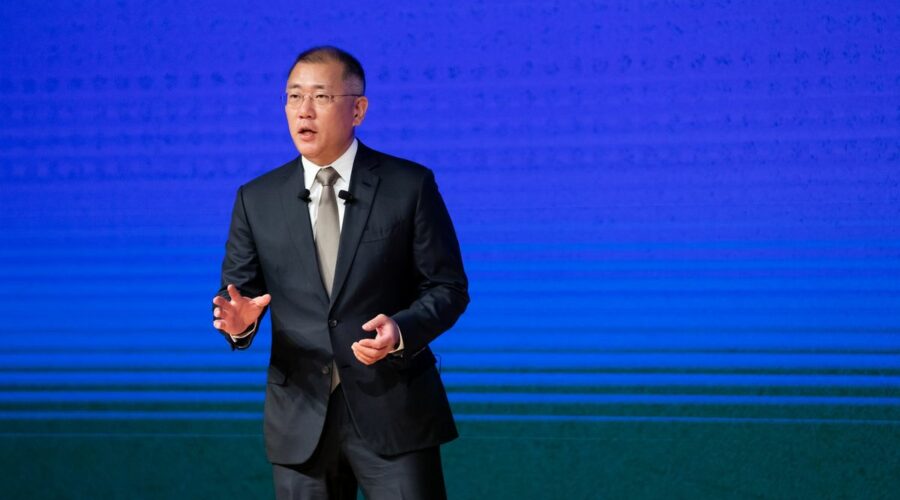 Shares of Hyundai Motor Co. jumped as much as 25% in Seoul Friday — the most since 1988 — after South Korean media said the carmaker was in talks with the U.S. tech giant over developing self-driving vehicles. Hyundai initially confirmed the report before dialing it back to excise any mention of Apple, saying it had been receiving requests to cooperate on the technology from a number of companies.

Regardless, the stock surge boosted the combined fortune of Hyundai Motor Group Chairman Euisun Chung and his father, Mong-Koo, by almost $2 billion, according to theBloomberg Billionaires Index.

Euisun, whosucceed his father as the group’s chairman in October, has been pushing for technologies including electric and driverless vehicles to turn the carmaker into one of the world’s leaders. Hyundai Motor willspend more than 60 trillion won ($55 billion) in those areas over the next five years and in 2019 set up a $4 billion autonomous-drivingjoint venture with a General Motors Co. spinoff. It plans to release its first electric vehicle this year.

Any collaboration with a big tech company could boost that push. Apple has said it will take at leastfive years to introduce an autonomous, electric vehicle, according to people familiar with the plans, meaning that it’s in no hurry to decide on potential auto-industry partners.

Investors have increasingly turned to electric vehicles and their suppliers, driven to a great extent by an unstoppable rally in shares of industry front-runner Tesla Inc. On Thursday, Elon Musksurpassed Amazon.com Inc.’s Jeff Bezos as the world’s richest person, with a net worth of $194.8 billion.

With Friday’s jump in Hyundai Motor shares, Euisun Chung is now worth $4.9 billion and his father’s wealth has climbed to $7.4 billion. The two directly hold about 8% of Hyundai Motor.