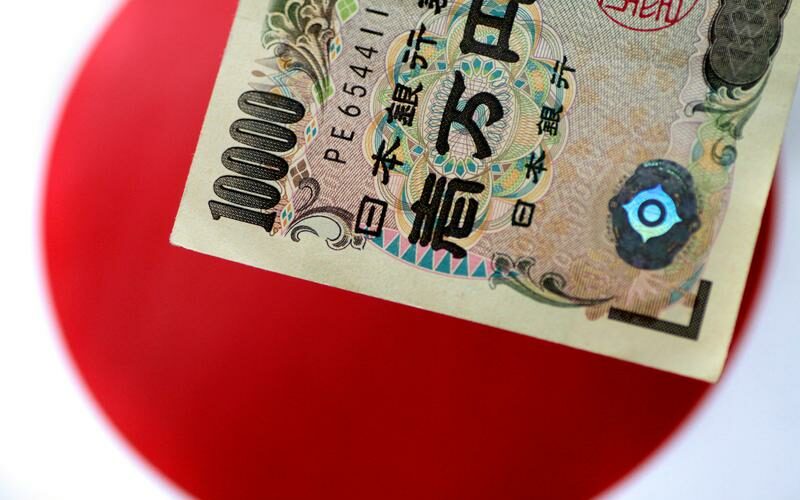 TOKYO (Reuters) – The weak yen was once a cause for celebration for Japanese companies, as they could sell cars and cameras cheaper abroad and enjoyed fatter profits when earnings were brought home.

These days, it’s not so straightforward.

In fact, the economic pain from a weaker yen has become stark now, as the recent yen sell-off has sharply lifted commodities costs in a blow to household spending. It also shows how the steady move to overseas production is slowly changing the dynamics of the world’s no.3 economy.

Almost a quarter of Japanese manufacturers’ production is carried out overseas, according to the latest trade ministry data. That compares to around 17% a decade ago and less than 15% two decades ago.

Around two-thirds of the cars that Japanese makers sell annually are now made abroad, according to Reuters calculations based on data from the Japan Automobile Manufacturers Association.

Two decades ago, cars made overseas accounted for less than 40% of sales.

Companies are also moving away from the manufacture-and-export model of old as technology has changed their businesses. Hitachi Ltd, for example, is increasingly focused on providing digital solutions to customers globally rather than just hardware.

The weakness in the yen has driven up the cost of fuel and other commodities for manufacturers at home. Critically, it is also hitting household spending and consumer confidence in the domestic market – adding to the pain for a creaking economy.

Those that said the weak yen was negative on average cited a rate of 107 yen to the dollar as preferable – a level considerably stronger than the 125.75 hit on Tuesday.

The weak yen drives up the cost of acquiring businesses overseas, although that could be less of a concern for many cash-rich Japanese firms. At the same time, the weak yen makes Japanese companies cheaper targets for foreign buyers.

WHAT’S THE OUTLOOK FOR COMPANIES?

Many manufacturers, including automakers, say that one of the benefits of producing more in local markets is less sensitivity to currency swings.

Even though there may be concerns about producing in certain markets – such as China – it seems unlikely that the trend toward offshore production will reverse in any meaningful way soon.

Toyota Motor Corp has been working to reduce the impact of the yen on its earnings, a spokesperson said, without giving details. Within the company, the weak yen was not necessarily viewed as a benefit, the spokesperson said, adding the higher cost of raw materials was one demerit.

For retailers, the weak yen has been painful, as it drives up costs, including for energy and food. Budget clothing retailer Shimamura Co Ltd said recently it would have to increase the price of some of its items by an unprecedented 3-4%.

WHAT DO POLICYMAKERS SAY?

The Bank of Japan’s governor, Haruhiko Kuroda, has repeatedly said that while the weak currency can squeeze households and retailers, the benefits to the economy here outweigh the negatives.

But he looks increasingly alone in his emphasis on the positive, as government officials have increased their warnings against excessive yen declines.

Some of Kuroda’s former finance ministry colleagues now see the weak yen as a sign of Japan’s fading economic power.

Earlier this month he said the yen’s recent moves were “somewhat rapid”, his strongest warning yet on the currency’s move, although he followed that by emphasising the benefits of a weaker yen.

HOW LOW CAN IT GO?

That’s anyone’s guess. The yen’s rapid decline – last month it fell more than 5% versus the dollar, its biggest monthly drop since November 2016 – has taken some in the markets by surprise.

Japan’s former top currency diplomat Eisuke Sakakibara told Reuters last month that the government should intervene in the currency or raise interest rates to defend it if it weakens beyond 130 to the dollar.

Weakening beyond 130 “could cause problems” said Sakakibara, known as “Mr. Yen” for masterminding several currency interventions to soften the yen in the 1990s.