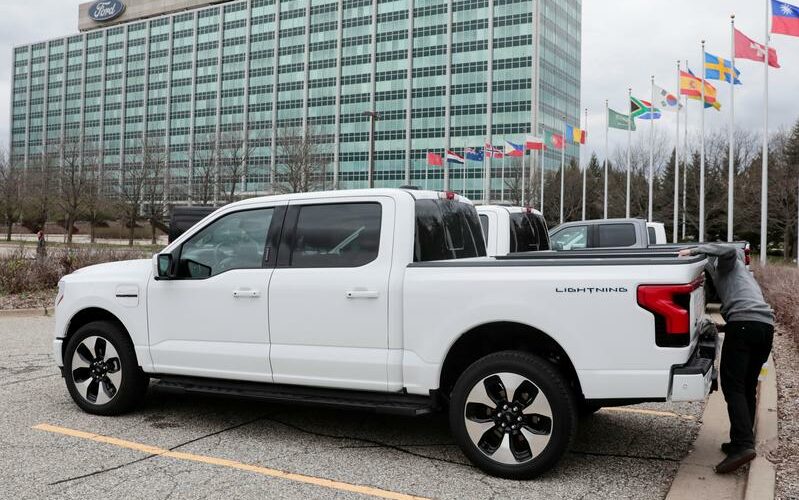 WASHINGTON (Reuters) – The chief executives of General Motors Co, Ford Motor Co, Chrysler-parent Stellantis NV and Toyota Motor North America on Monday urged Congress to lift a cap on the $7,500 electric vehicle tax credit, saying it will “provide much-needed certainty to our customers and domestic workforce,” according to a letter seen by Reuters.

The automakers said in the letter to congressional leaders that they have pledged to invest over $170 billion through 2030 to bolster electric vehicles’ development, production and sale. The current $7,500 tax credit phases out after a manufacturer hits 200,000 vehicles sold. Both GM and Tesla have already hit the cap and are no longer eligible for the consumer tax credits.