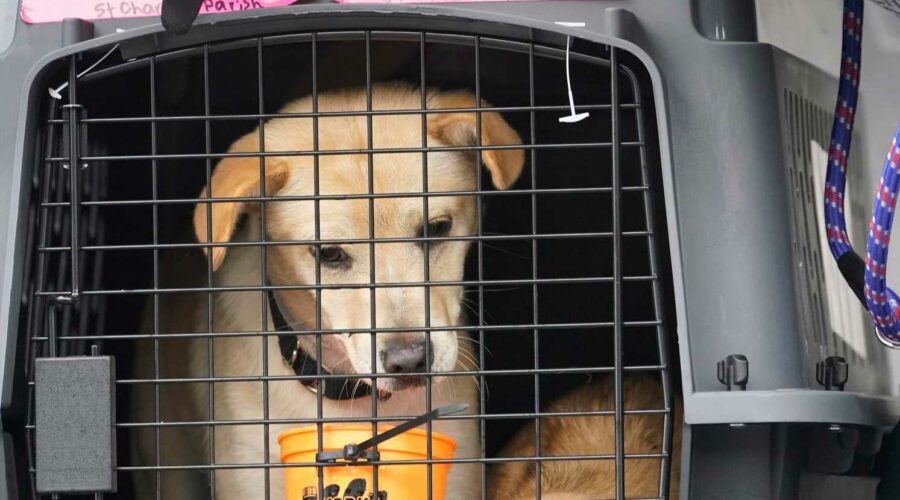 Adopting puppies was all the rage when the pandemic first began, but some people are realizing owning a dog is more than just a trend.

Shelters across the country saw people flocking to their businesses with the goal of having a dog to keep them company while they began to work or attend school from home. But as people return to their offices or explore the outside world for the first time in a year, some pups are being left behind.

Aron Jones, executive director of Moms and Mutts Colorado Rescue, told USA TODAY her organization, “couldn’t rescue enough dogs to meet the demand” when the pandemic began. Now the amount of returns has doubled what they normally do in a year, with many of the animals being around one-year-old.

“The trends that we’ve seen is the people who adopted, either they didn’t have any other dogs or pets or they were first-time dog owners, and I think that was the biggest thing,” Jones said.

Ashley Roberts, program manager for adoptions, fosters and transports at Lucky Dog Animal Rescue in Arlington, Virginia, told BBC News it’s a hard adjustment for dogs that get returned, even if they get into a foster home.

Erin Robbins, director of transport for Greater Good Charities, prepares to unload a pair of sisters named "Coqueta and Cookie" from a cargo plane, Tuesday, April 20, 2021, at Fort Lauderdale-Hollywood International Airport in Fort Lauderdale, Fla. The Humane Society of Broward County and Greater Good Charities, with Boehringer Ingelheim Animal Health and The Animal Rescue Site, transported multiple shelter dogs from Louisiana, where they are at risk of euthanasia, where they will be able to be adopted to new homes on the East Coast. (Photo: Wilfredo Lee, AP)

Jones added it’s hard finding another home for these dogs since they weren’t trained.

One person drove from California to Colorado to return their dog because the owner found the dog uncontrollable, Jones said.

Even though shelters across the United States are experiencing a huge return of dogs, it doesn’t appear to be a national trend. While owner surrenders were up 82.6% compared to 2020, they are down by 12.5% vs. 2019, according to Best Friends Animal Society.

The society’s director of public relations, Eric Rayvid, said in a statement to USA TODAY that pet owners can look into alternative options to keep their dog active rather than them being sent away.

“Pet owners need to work through possible separation anxiety issues, prepare pets for time alone, and look into hiring a dog walker if the dog needs to go out during the day. It was common to have pets and full-time jobs before the pandemic, so there’s no reason people going back to work can’t successfully keep their pets, with some adjustments and planning,” Rayvid said. “Our pets have been there for us and provided companionship and comfort through an extremely difficult year, and we should honor the commitment we made to them through adoption.”

11/05/2021 Business Comments Off on Everyone wanted a puppy when the pandemic began, but now those dogs are being returned
Markets