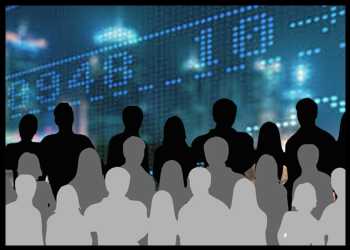 European bourses are expected to open on a cautious note on Thursday as sentiment remains impacted by the geopolitical crisis in the region that continues unabated. Fears of a fresh offensive in eastern Ukraine and the attacks that continue despite the pledge to cut down on military operations dampened hopes of a progressive outcome form the peace talks.

Data showing a drop in Eurozone’s economic sentiment and the slew of data releases awaited are expected to keep the markets on tenterhooks at end of a tumultuous month.

The Wall Street had declined on Wednesday as faltering hopes of peace talks exacerbated the anxiety over the jobs report due Friday and its impact on the pace of the Fed’s interest rate actions. Nasdaq-100 weakened 1.10 percent to close at 15,071.55 and the Dow Jones Industrial Average edged down 0.19 percent to end at 35,228.81.

Gold Futures for April settlement is trading at $1922.30 per troy ounce, about 0.58 percent lower than the previous close of $1,933.50 in the backdrop of a stronger Dollar.

Data released just a while ago from U.K. showed fourth quarter current account deficit narrowing sharply to 7.3 billion pounds from 28.9 billion pounds in the previous period and market forecasts of 17.6 billion pounds.

U.K.’s GDP growth in fourth quarter clocked 1.3 percent, versus 0.9 percent gain in the previous quarter. YoY growth in GDP recorded a 6.60 percent jump. House prices jumped by 12.6 percent year-on-year in February, compared to a 11.2 percent increase in January and versus expectations of a 10.7 percent rise. On a monthly basis, prices climbed 1.7 percent.

Preliminary inflation reading for the month of March is due today from France. Markets are expecting a reading of 4.3 percent versus 3.6 percent recorded in the month of February.

Euro Area awaits February’s Unemployment report. Consensus estimates point to a further drop in the reading to 6.7 percent, as compared to a record low of 6.8 percent in January.

Germany is awaiting the Unemployment Report for March later in the day.

Swiss Retail sales number for February is also due later in the day.

U.S. Bureau of Economic Analysis is expected to unveil data on personal spending, income etc. as well as the personal consumption expenditure price index for the month of February, that would show the impact of inflation on consumption patterns.

(removes the additional word “braces” in the headline)