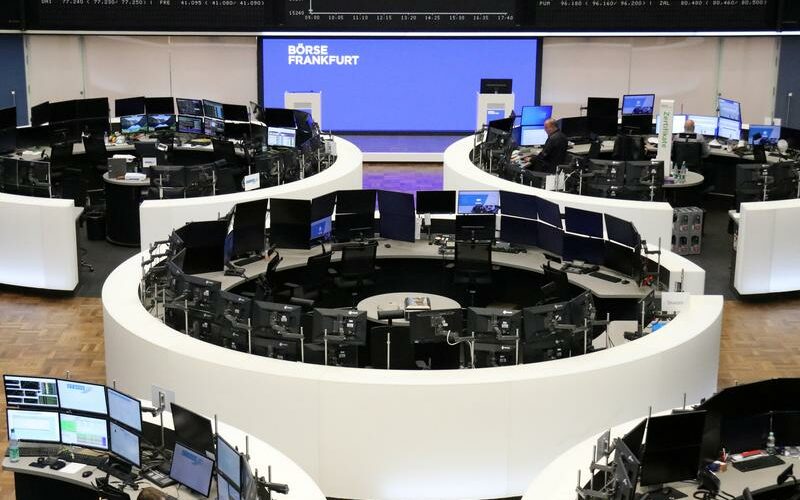 (Reuters) -European stocks slumped to their lowest in two months on Friday, as warnings from companies and factory activity data highlighted the economic headwinds from supply-chain constraints and elevated prices.

The Europe-wide STOXX 600 index fell 0.4% in a weak start to October, which has traditionally been a rough month for equities, with technology, miners and banks leading broad declines. The STOXX 600 ended the week with declines of 2.2%.

Online electricals retailer AO World Plc tumbled 24.3%, saying a shortage of delivery drivers in Britain and other disruptions in the global supply chain hit revenue growth in the first half of the year.

“Just because it appears the ECB will maintain its policy for the foreseeable future, doesn’t mean that higher inflation should be ignored,” said David Madden, market analyst at Equiti Capital.

Underwhelming figures from Asian factories and overnight losses on Wall Street dented the global mood as investors awaited a report that is expected to show euro zone inflation surged to a 13-year high. [GVD/EUR]

With government bond yields surging to multi-month highs and concerns about inflation coming to the fore, the benchmark STOXX 600 closed September 3.4% lower in its worst monthly showing in almost a year.

“For equities, this combination of slowing growth – albeit at a high level of demand – rising inflation and higher bond yields has meant slightly higher volatility, lower market returns and a rotation beneath the surface,” Goldman Sachs strategist Sharon Bell said in a note.

“It hasn’t helped that earnings revisions have also started to slow from their frenetic pace earlier in the year.”

BofA Global Research cut its outlook for European stocks, predicting a decline of nearly 10% by year-end given a shift in the macro backdrop towards “anti-goldilocks”, where slowing growth is accompanied by higher discount rates.

French state-owned utility EDF and energy group Engie rose 5.9% and 2.5%, respectively, with traders pointing to relief that electricity tariffs were untouched by the government in its plan to check further price rises.