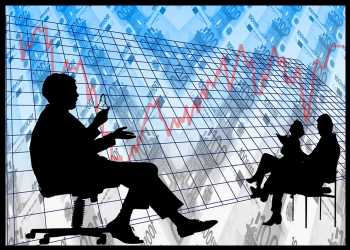 European stocks are seen opening flat to slightly higher on Thursday as investors assess the risks of rising inflation and faster tightening by the U.S. Federal Reserve.

Tech stocks could be in focus after Tencent Holdings reported its slowest pace of quarterly growth on record.

Federal Reserve Bank of San Francisco President Mary Daly said on Wednesday she is open to raising rates by 50 basis points and shrinking the balance sheet at the next policy meeting in May.

St. Louis Fed President James Bullard reiterated his belief that the central bank has to “move faster to keep inflation under control.”

Asian markets were seeing modest losses as U.S. President Joe Biden prepares to announce new sanctions on Russia that relate both to political figures and oligarchs.

Biden is scheduled to attend an emergency NATO summit today. He is also set to meet G-7 leaders and address EU leaders at a meeting of the European Council.

Regional markets cut early losses after reports suggested that the Biden administration plans to reinstate exemptions from Trump-era tariffs on about two-thirds of Chinese products that were previously granted waivers.

Oil turned lower after having climbed more than 5 percent on Wednesday while gold traded flat, hit by a stronger dollar and higher yields.

The ruble staged its biggest one-day gain in years after Russia said it wants “unfriendly countries” to pay for Russian natural gas in rubles.

Overnight, U.S. stocks fell sharply as oil prices continued to soar, raising concerns over its impact on consumers and many businesses.

The Dow and the tech-heavy Nasdaq Composite lost around 1.3 percent each while the S&P 500 gave up 1.2 percent.

European stocks also ended in the red on Wednesday as Western leaders gathered in Brussels to beef up their response to Russia’s invasion of Ukraine.