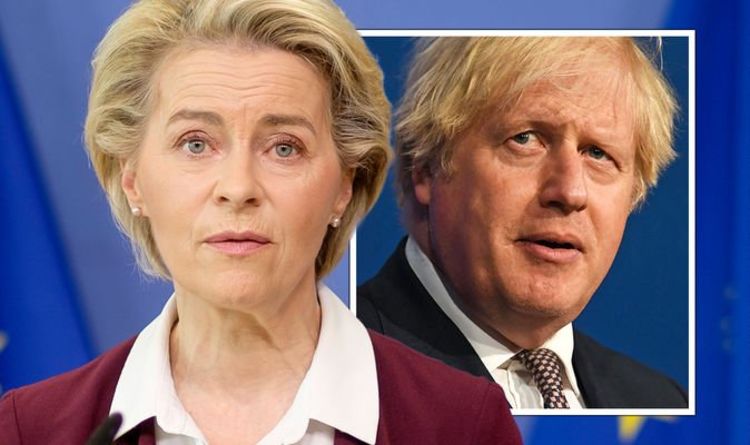 Brexit: Barnier says things will be 'more difficult' for UK

A new survey of 68 large American companies that employ more than 275,000 people in the UK found businesses have a “very high” confidence in Britain as a place to do business. Around 60 percent said they would increase investment in the UK.

Anna Marrs, a group president at American Express, said the geographical position and UK timezones make it an “ideal jumping-off point” for their operations outside the US.

She said: “The combination of a strong and multilingual talent base, a supportive business environment, and geographical and timezone advantages continues to make the UK an ideal jumping-off point for our operations outside the US.”

Dan Glaser, president & chief executive of Marsh McLennan, added: “The UK is a large and dynamic economy with outstanding regulatory and educational systems.

“Top talent from around the world want to work and live in Britain.”

While Duncan Edwards, chief executive of BritishAmerican Business, said the UK is “very well-positioned” to attract companies from the US.

He told the Financial Times: “The UK is very well-positioned to continue to attract companies from the US and from around the globe.

“But this positive outlook will be enhanced by a comprehensive trade deal with the US, a more positive political and trading relationship with the EU, and more business-friendly domestic policies.”

Jonathan Frick, a partner at Bain in London, said US investors had maintained the majority of their workforce despite Britain’s departure from the European Union.

He said: “In particular, financial services firms believe the City will remain a hub for the business community with a broad and diverse talent pool.”

While many businesses have expressed their desire to invest in the UK, the survey found there were worries about Brexit and US trade relations.

The main concerns were over the risk of political tensions as well as practical matters such as supply chain problems and the access to talent from the EU.

Around 17 percent of the US companies surveyed said they had relocated jobs to the EU.

Nearly 40 percent of companies said the top priority should be to improve the political and economic relationship with the EU.

This would allow the UK to maintain its top ranking as a destination for US investment.

International Trade Secretary, Liz Truss, is expected to travel to the US this week to meet officials.

These firms looked to centres in Frankfurt, Paris and Milan due to the lack of provisions in the Trade and Cooperation Agreement.

Many companies called on Prime Minister Boris Johnson to agree a financial services deal with the EU although Brussels has stalled on doing so in order to pressure the UK over elements of the agreement.

The UK and EU agreed on a memorandum of understanding in March to continue the cooperation between financial regulators but Brussels did not grant equivalence.

The survey was carried out by US/UK trade association BritishAmerican Business and consultancy Bain.

It questioned businesses from sectors such as financial services and manufacturing to technology, media and telecommunications.