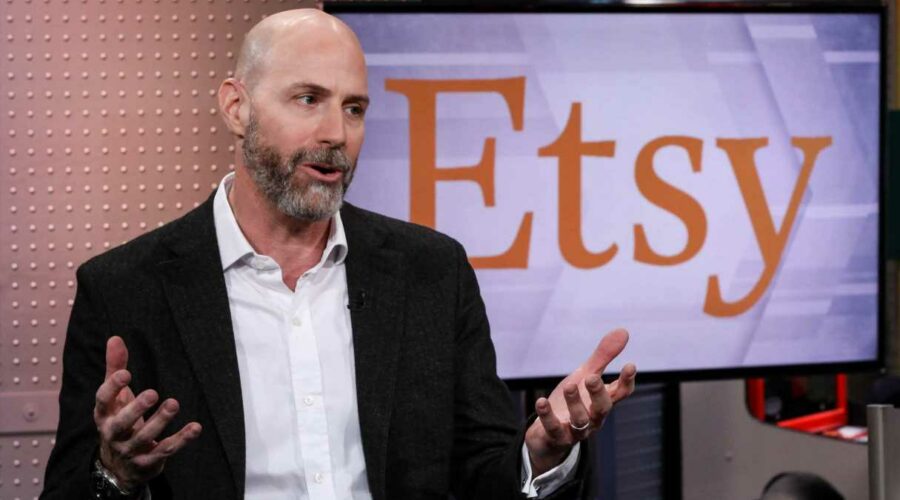 "For Etsy, Depop might be for Etsy what Venmo was for PayPal: The choice of the next generation," Silverman said in an interview with Jim Cramer on "Mad Money." "We're incredibly excited about that."

PayPal added Venmo, the peer-to-peer payments app that is popular with Gen Z and millennials, to its portfolio in 2013 as part of a larger acquisition for payments platform Braintree.

Etsy announced the $1.62 billion deal for Depop in June and the transaction closed last month. Depop operates an online marketplace where people can buy and sell used clothes. Founded a decade ago in the U.K., Depop has cultivated a strong relationship with young consumers.

The resale apparel market, in general, is expected to grow significantly in the coming years as shoppers look for ways to address environmental and ethical concerns about so-called "fast fashion."

Silverman said Depop could have gone public — rival Poshmark completed an initial public offering in January — but the company felt its values aligned with Etsy, which is known for its large network of independent sellers who create personalized and homemade products.

Etsy's core marketplace saw explosive growth during the coronavirus pandemic, but it has waned in recent months. The company reported better-than-expected second-quarter revenue and earnings Wednesday evening, but its guidance for the current quarter came in below analyst forecasts.

Silverman said he remained confident in Etsy's growth, especially when looking at sales for items outside of Covid face masks, which temporarily surged due to the pandemic.

"If you look at our growth rate excluding masks, we said it's going to be mid-teens and again, that's over the toughest comps, the fastest growth rates of any e-commerce site last year. We're still growing in the mid-teens," Silverman said. "If you look at us on a two-year stack — in other words, what did we guide to in Q3 in 2021 versus Q3 of 2019 — I still think we're going to be amongst the highest growth rate e-commerce sites out there."