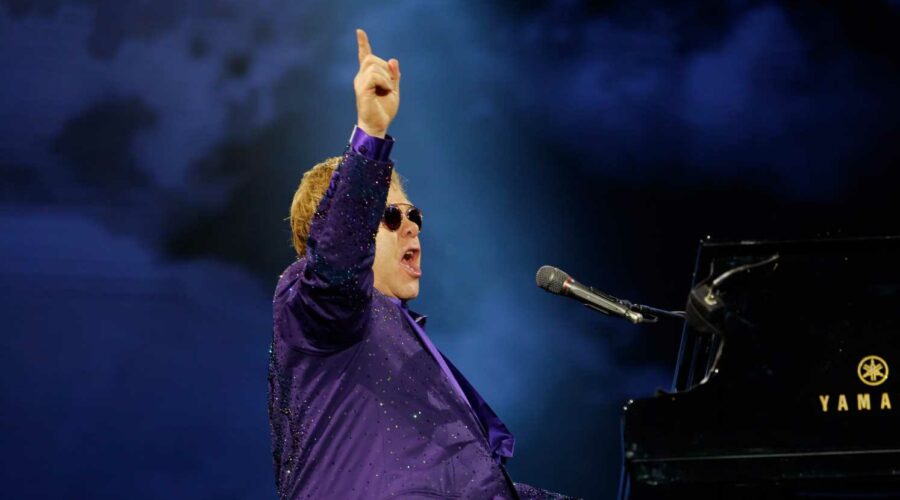 NEW YORK — Elton John has announced the final dates for his farewell tour, which includes stops at big stadiums in the U.S.

“Elton John Farewell Yellow Brick Road: The Final Tour” will visit Frankfurt, Germany, on May 27, 2022 and will make several stops throughout Europe, including Milan, Liverpool and Paris.

John also announced dates in North America, kicking off those shows on July 15, 2022, at Citizens Bank Park in Philadelphia. He will also perform at MetLife Stadium in East Rutherford, New Jersey; Soldier Field in Chicago; Mercedes-Benz Stadium in Atlanta; Nissan Stadium in Nashville, Tennessee; and Minute Maid Park in Houston. He will wrap the North American trek with two shows at Dodger Stadium in Los Angeles on November 19 and 20, 2022.

In 2023 he will play in New Zealand and Australia before wrapping up the tour, which began in 2018.

“The shows that I announce today will be my final tour dates ever in North America and Europe,” John said in a statement. “I’m going to go out in the biggest possible way, performing at my very best, with the most spectacular production I’ve ever had, playing in places that have meant so much to me throughout my career.”

It is with great excitement that I announce the final dates for my award-winning Farewell Yellow Brick Road: The Final Tour in North America and Europe.

For pre-sale tickets, join the Rocket Club at https://t.co/D9tLnYGSJ2 🚀 pic.twitter.com/Uq2jPehSS1

“I’ve been enjoying my time at home with the family while the world navigates its way through the COVID pandemic. But, I really miss being on the road and performing for my beloved fans in my Farewell Yellow Brick Road Tour,” John said at the time. “While the scientists are making great progress, we are making big plans for a return to touring that will allow us to ensure the health and safety of everyone.”

The Oscar, Grammy and Tony-winning star’s final tour kicked off to a sold-out audience in September 2018.