Here are your FOX Business Flash top headlines for April 8.

The entrepreneur’s two-decade effort to resurrect America’s space travel ambitions is the subject of a new Netflix documentary, "Return to Space." It follows astronauts Hurley and Bob Behnken as they embark on the SpaceX Crew Dragon spacecraft in 2020.

SpaceX became the first private company to send astronauts into orbit with the liftoff from NASA’s Kennedy Space Center, ending a nine-year launch drought from home soil for NASA astronauts. NASA had been relying solely on Russia to ferry astronauts to the space station since the retirement of the shuttles in 2011.

The 55-year-old former U.S. Marine Colonel, who retired from NASA after 21 years of service in 2021, sat down for the film and recalled his journey working alongside the 50-year-old and how it impacted his life.

MATTHEW MCCONAUGHEY ON WHY HE CALLS OUT BILLIONAIRE SPACE RACE, METAVERSE WITH SALESFORCE’S 2022 SUPER BOWL AD

Hurley spoke to FOX Business about why he’s speaking out now, what surprised him the most about Musk and what he thinks of the current space race.

FOX Business: What was it about this documentary that made you want to come forward and share your story?
Doug Hurley: Well, it was certainly an event that was going to make history. There are so many things you have to go through to make this moment happen, so it’s important to document it. And as you're experiencing it, it’s easy to forget the little details that helped bring you to that moment. So, for me, it was really neat to look back at this. Because, in the end, it was an incredible life experience.

FOX Business: What was your initial impression of Elon Musk?
Hurley: I got to meet him pretty early in the process. The thing that amazed me about Elon is his incredible grasp of the technical situation. He’s obviously very busy with his many companies and other interests. But when you sit down with him and talk about an issue, face to face, he completely gets to the heart of the situation. You can talk to him about the spacecraft itself or an issue with the rocket — he wants to understand all of it. He's very hands-on. And you have engineers, literally the experts of the system, on site to address those questions. 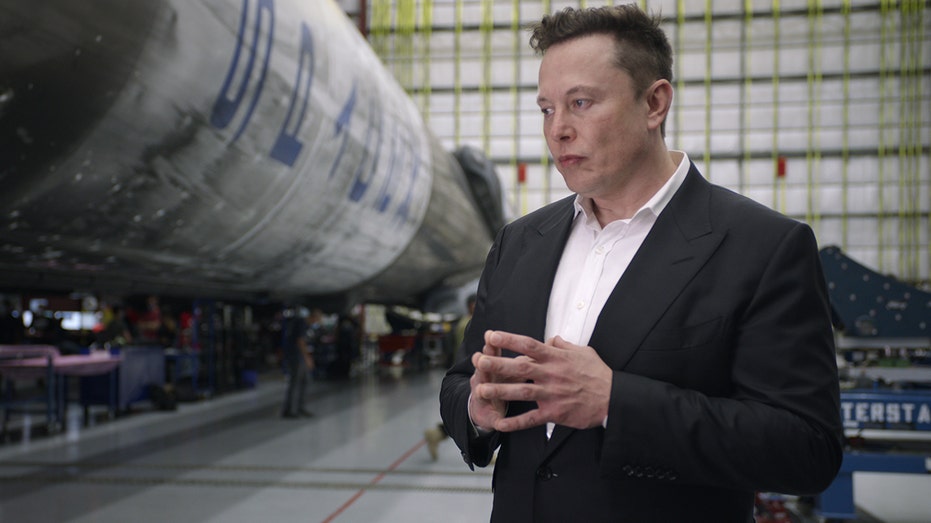 Elon Musk and SpaceX are the subjects of Netflix’s “Return to Space.” (Netflix © 2022)

But he wants to understand everything and be a part of the entire process. And in the end, he had a huge amount of concern for our safety. He wanted to ensure that the mission would not only be successful but that we would come back to our families. He asked us about them. It drove him to look at every single possible thing with the spacecraft to make sure that we can come home safely.

FOX Business: A lot has been said and written about Elon Musk. What’s a misconception you feel the public still has about him, and what’s the reality?
Hurley: I can only talk about my particular experience. And, you know, we got to know him pretty well, especially as we were getting close to flying. He welcomed that. We were sitting down with him a couple of days before we were supposed to launch, and we saw a very human side to him. He said, "We have done everything. We have looked at everything. Is there anything else we can do to ensure the safety of this mission and bring you all back to Earth?"

He spoke to every employee and asked about their concerns, even the interns. I think that’s a very human side a lot of people don’t get to see. What I witnessed was a man who was genuinely concerned about our well-being and our families. And I will always be thankful for that because I’m still here. We’re back with our families. And the mission was successful. 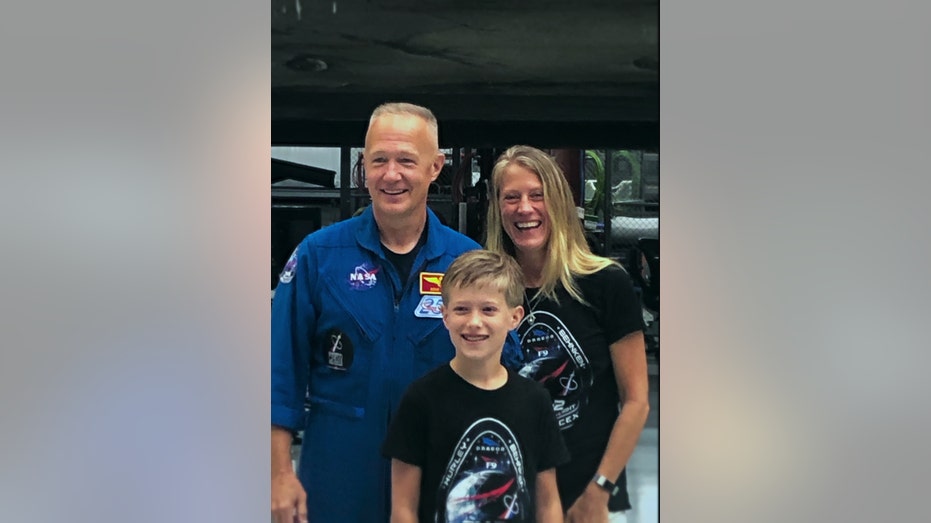 FOX Business: At any point, were you ever worried about your safety?
Hurley: We certainly had some bumps in the road along the way. SpaceX lost a rocket in 2015. And then we lost the vehicle that went to space in the test flight. We lost that in a ground test. So those are times when you have to pause and think about it. It makes you go, "What am I doing?" That’s the reality of space flight and developing a new vehicle.

But I will say this. By the time I got into that rocket, I had complete confidence in the system. That’s because we spent many years with SpaceX. We became close with everyone involved. So I knew what went into the vehicle. I understood the design. Elon Musk wanted all of us to be part of the experience. So in the end, I felt extremely confident that we would be successful.

FOX Business: Space travel is a unifying force. It was recently reported that an American and Russian astronaut – two historic rivals – returned to Earth together. What can we learn from such stories?
Hurley: Space travel is a huge team effort. For an individual to accomplish something huge like this, you need a team. And I think the international space program has proved this despite geopolitical challenges. 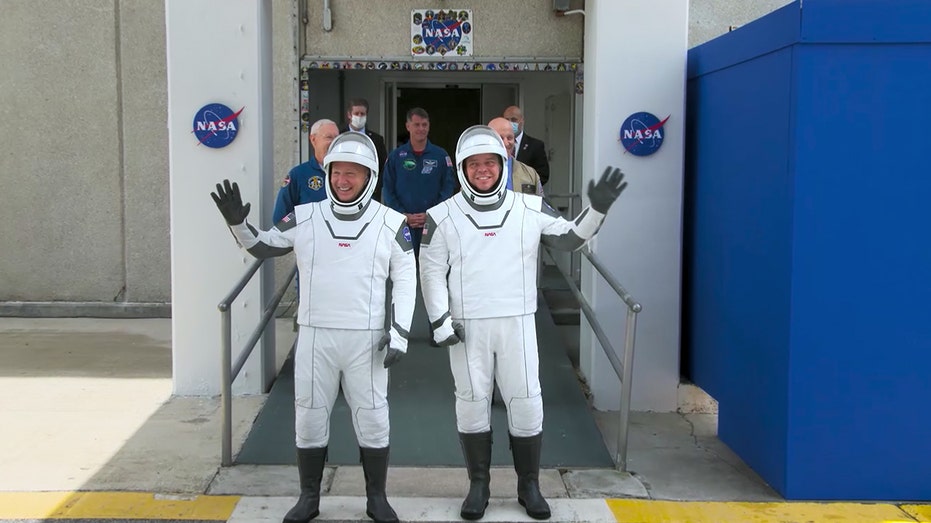 We all want to work together and accomplish great things. And for us to do that [in space travel], we get the politics out of the discussion and work together as a team, regardless of where you come from. Whether you’re an astronaut working for a particular company, or if you’re a private company – it doesn’t matter. In the end, it’s about working together as a team and seeing what you can accomplish. And in the last couple of years, we’ve accomplished pretty neat things.

FOX Business: There’s a space race going on now. Why do you think there’s such an urgency to explore space now more than ever?
Hurley: Well, I think the urgency has always been there. I think the difference now is the access. There are more players in the game, so to speak. You have companies that are flying people in, certainly SpaceX. The access is there. I’m obviously biased, but it’s an incredible experience. It’s a life-changing experience to be able to go to space and look back at our planet. Anyone who has ever been to space will tell you it changes everything for them. Even if you only experience it for a few minutes, it forever changes you as a person. It gives you a deep appreciation for our planet and what we can do. I would love to do it every week if I could.

FOX Business: When you think of being out there in space, what instantly comes to mind?
Hurley: For me, it’s the view. As a professional astronaut, you never get tired of it. It’s the feeling of looking out there and witnessing how small we really are. Of course, you’re not sent out there to look out a window. The goal is to complete your mission. That involves taking care of the space station, flying the spaceship and everything that comes with it. But when you look out, it truly becomes a very valuable moment. 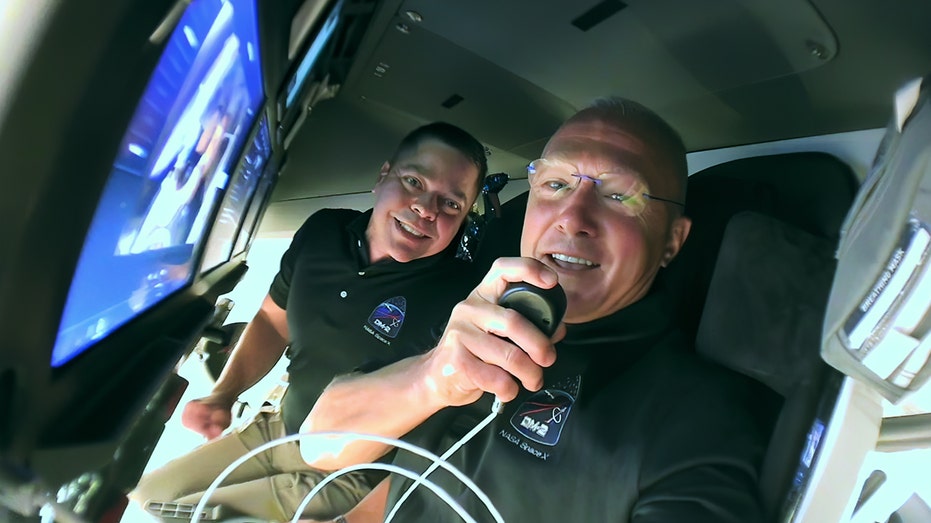 Doug Hurley (front) believes mere mortals will get to witness Mars for themselves. (Netflix © 2022)

There’s truly no better feeling than looking down at our planet and enjoying the view. It’s relaxing. You truly enjoy it. Every time you go around the planet, you see something different. It’s just spectacular. No words can truly capture that moment or feeling.

FOX Business: Do you think mere mortals will get to explore Mars for ourselves anytime soon?
Hurley: I hope so. The effort to go to Mars is going to be a huge one. It’s going to take countries and companies – a true team effort. But we will. We’ll ultimately get there.

09/04/2022 Business Comments Off on Elon Musk has ‘a very human side to him,’ NASA astronaut Doug Hurley says ahead of ‘Return to Space’
Markets