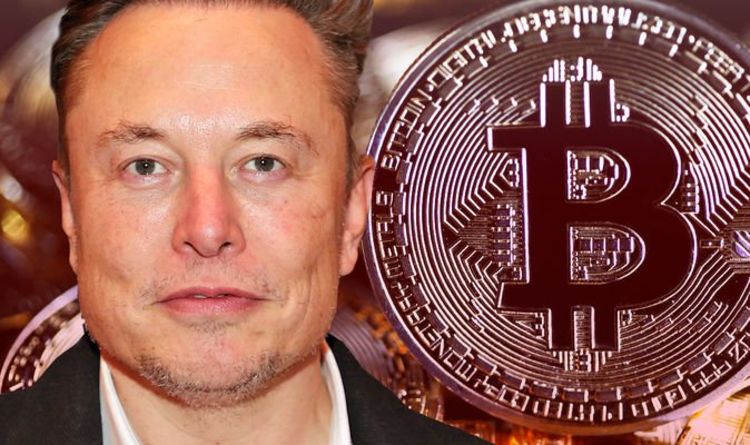 Elon Musk continues to be a prominent figure in the world of Bitcoin as the Tesla CEO claims he knows the identity of the person who created the cryptocurrency. Satoshi Nakamoto is the name used to refer to the unknown person who created Bitcoin. Mr Musk said last week: “Well, you can look at the evolution of ideas before the launch of Bitcoin and see who wrote about those ideas. “It seems as though Nick Szabo is probably, more than anyone else, responsible for the evolution of those ideas.”

Mr Szabo is a computer scientist known for his research in digital contracts and digital currency.

Mr Musk is an influential figure in the world of crypto.

He announced last March that his company Tesla would begin accepting Bitcoin as payment, but this stance was abandoned just two months later.

The move sparked a sharp downturn in the value of Bitcoin, but Mr Musk said in July that Tesla is “likely” to once again accept it for payments.

He said: “I wanted a little bit more due diligence to confirm that the percentage of renewable energy usage is most likely at or above 50 percent, and that there is a trend towards increasing that number, and if so Tesla would resume accepting Bitcoin.

“Most likely the answer is that Tesla would resume accepting Bitcoin.”

But finance expert at the University of Sussex, Carol Alexander, tells Express.co.uk that Mr Musk does it for the media coverage.

She said: “Elon Musk gets a lot press and he uses Bitcoin to get a lot of press.

“There’s tonnes of other companies who accept Bitcoin, they just don’t make a big hoo-ha about it.

“The reason Elon Musk makes a big noise about it is because he wants the press coverage.”

While Professor Alexander says Mr Musk has influence, she says the founder of SpaceX isn’t to be taken seriously.

She continued: “Elon Musk certainly has influence, there is no doubt. With Dogecoin, he makes that coin surge 500 percent just with his comments.

“People like influencers, Musk and many others, are able to use sentiment to pump up prices of certain cryptocurrencies.

“What Elon Musk is doing is laughing and saying ‘I bet I can move the price of Dogecoin up 500 percent in the next 10 minutes without leaving my bed’.

“He just gets a kick out of influencing and flex his muscles.”

A key measure of how successful Bitcoin could be is its wider use.

The more mainstream figures and businesses embrace the cryptocurrency, the more its value increases.

Goldman Sachs said last week that Bitcoin could reach a milestone value of $100,000 (£74,000) this year as it continues to take market share from gold.

What’s going on with Bitcoin? [ANALYSIS]

Analysts at the Wall Street bank estimate that Bitcoin’s market capitalisation is just under $700billion (£516billion).

The bank added that while Bitcoin’s consumption of natural resources may be a barrier to institutional adoption, this wouldn’t hurt demand for the asset.

Bitcoin remains a volatile asset, though.

It hit record highs in November, crashed this week, and then immediately increases to a higher price again.

On Monday, Bitcoin suffered a tough day before a dramatic crash that it took it below $40,000 (£29,000), thought to be an important price for the fortunes of the cryptocurrency.

Experts had feared that if Bitcoin dropped through that price, it could go into further falls as market confidence continued to wane.

10/01/2022 Business Comments Off on Elon Musk blasted for Bitcoin stance: ‘Doing it for the press’
Markets