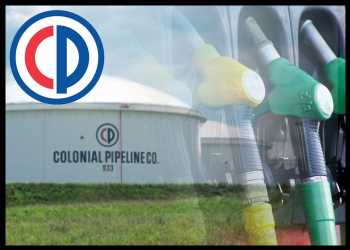 Gas stations along the U.S. East Coast, in particular, the parts of the Southeast, are running out of fuel as an after effect of supply cut from Colonial Pipeline that was shut down after a ransomware attack.

More than 12 percent of gas stations in North Carolina, 8.6 percent in Virginia, 8 percent in Georgia, and 5.9 percent in South Carolina have run dry of gasoline, according to GasBuddy, an app that tracks fuel prices and demand.

Long queues of vehicles waiting for refilling gasoline are reported across the eastern U.S. Panic buying is causing gas stations in the region to run out of stock.

The supply shortage reflected in gas prices, with AAA reporting a national average of 8 cents rise in price to $3.01 a gallon Wednesday.

U.S. Secretary of Energy Jennifer Granholm urged gas station owners to “act responsibly,” and warned that there will be no tolerance for price gouging.

“Federal and state officials will be investigating those actions if they see price gouging. And we are urging consumers to report any price gouging to their state attorneys general,” Granholm said at a news conference.

Colonial Pipeline said that they expect to substantially restore operations by the end of this week.

Granholm said one of Colonial’s major lines resumed operation under manual control while the existing inventory is available, along with some of the smaller lines.

She said she had several conversations with the CEO of Colonial, who has indicted that by close of business Wednesday, the oil company will be in a position to make the full restart decision.

She added that the Environmental Protection Agency issued a waiver of the blend of fuels for the affected states to allow using noncompliant fuel and boost available supply where it is needed.

Further, the Federal Rail Administration is working to enlist rail operators in an effort to transport fuel to and from ports inland.

The Federal Energy Regulatory Commission will issue orders quickly to direct the pipeline to prioritize fuel to the areas that are most in need once the pipeline is up and running.

President Biden is receiving regular briefings on the incident and has directed agencies across the Federal Government to bring their resources to bear to help alleviate shortages, the White House said.

The Colonial Pipeline, which carries 2.5 million barrels of diesel, gasoline and jet fuel daily, or 45 percent of the East Coast’s supply, was completely shut down last week as a result of a ransomware attack.

The hackers locked the data on some computers and servers, demanding a ransom.

More than $350 million in losses is attributable to ransomware attacks this year.