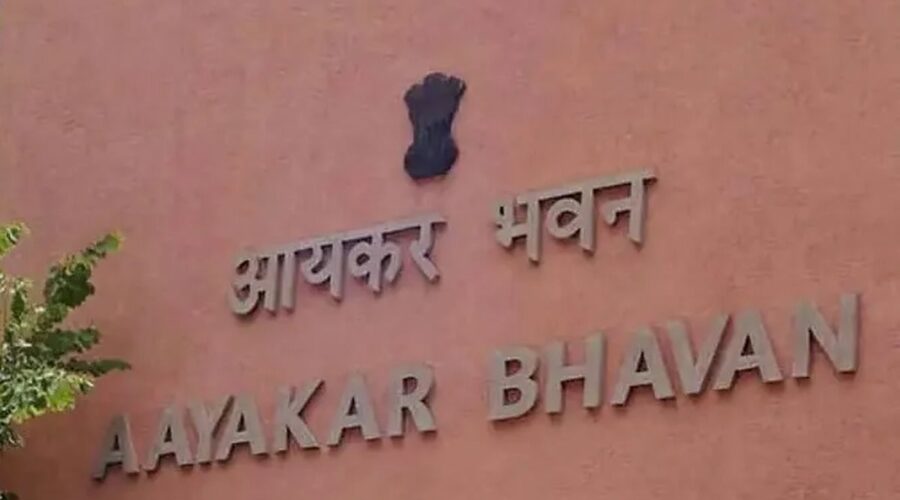 The preliminary processing of tax returns is already undertaken with the help of technology.
There is now greater scope of using more technology to reduce the human interface even further, notes A K Bhattacharya.

A news report on July 14 had pointed out that almost 80 per cent of the posts of chief commissioners in the income tax department were lying vacant for several months.

Some of the vacancies had not been filled for as long as about a year.

What this essentially meant was that against 91 approved positions of chief commissioners, only 18 had been filled.

These incumbents were holding additional responsibilities to discharge the functions of those that were vacant.

The problem of vacancies had surfaced not just at the level of chief commissioners, which is the second highest position in the income tax department, next only to those of a principal chief commissioner and a member or chairperson of the Central Board of Direct Taxes.

The total number of vacancies at the level of commissioners and above was about 400.

On July 26, about four-fifths of the vacancies at the chief commissioner’s level were filled through an office order.

But that still left many remaining vacancies to be filled.

In any case, the incidence of vacancy was extremely high for any government department.

Should the finance ministry have worried about running its income tax department with just 20 per cent of the sanctioned posts of chief commissioners for several months? This question can be answered in more than one way.

If you look at the income tax department’s performance, it appears that, at least, direct tax collections have not been adversely impacted by the vacancies so far.

Despite the pandemic affecting economic activity in 2020-2021, direct tax revenues collected by the heavily truncated top team of the income tax department saw a contraction of about 10 per cent last year.

Remember that in 2019-2020, when there was no pandemic and the income tax department presumably did not suffer from such large-scale vacancies, collections of direct taxes had dropped by close to 9 per cent over those in 2018-2019.

But in the first quarter of 2021-2022, when the vacancies in the income tax department were certainly very high, net direct tax collections rose by 92 per cent.

The increase in the overall revenue collections, therefore, was only about 49 per cent. But the increase nevertheless was huge.

Those statistically minded might frown upon a comparison between the last quarter and a quarter that had seen the worst impact of the pandemic.

Hence, here is another number: Direct tax collections, net of refunds, in April-June 2021 were 43 per cent higher than those in the same quarter of 2020 — a pre-pandemic period.

So, did the vacancies at all have any impact on direct tax collections? It could be argued that vacancies tend to have an adverse impact on performance only when these are continued over a longer period.

Also, it is worth noting that the adverse impact of such vacancies on the department’s tax collections performance would be less when an economic recovery is taking place, after a deep contraction.

After all, both direct and goods and services taxes have done well in the first quarter, even when compared to the pre-pandemic quarter of April-June 2019.

Consider the following additional factors. The government has introduced technology in a big way to reduce the extent of physical interface with taxpayers.

Faceless scrutiny and assessments can be completed much faster, with fewer people with the use of technology.

The preliminary processing of tax returns is already undertaken with the help of technology.

There is now greater scope of using more technology to reduce the human interface even further.

Globally, there has been a trend of reducing the number of officials employed by the direct taxes department.

So, why should India be an exception?

The data for 2018-2019 shows that as much as 37 per cent of the total direct tax receipts came to the government through tax deduction at source.

Another 40 per cent came by way of advance tax payments from corporate and individual taxpayers.

This has been the trend for the last several years.

It is logical, therefore, to examine if such a large workforce in the department is needed and whether the existing team should refocus its energies appropriately on other aspects of tax collection and administration.

But what has happened in the Union finance ministry is quite unique.

Vacancies at the top remained unfilled for several months, thereby effectively reducing the strength at the senior level.

However, the overall manpower strength with the direct taxes department has seen a dramatic increase in just one year.

At the beginning of March 2019, about 47,000 persons were employed in the direct taxes department.

Presumably, this increase has taken place mostly at the junior level in the income-tax department.

This raises yet another troubling question: Has this sharpened or worsened the tooth-to-tail ratio for the income-tax department?

It’s true that in the last two decades, the income-tax department has done quite well in reducing its cost of collecting direct taxes.

But this decrease has taken place against the backdrop of a huge rise in direct tax collections in this period, even as technology induction has helped in keeping the cost of collections under check.

Perhaps, there is even greater scope of reducing the expenditure on collecting direct taxes, particularly when almost 77 per cent of the taxes are collected through deductions at source and voluntary payments.

So, instead of just worrying about filling vacancies, the finance ministry may also debate how it could streamline the functioning of the top team in the income tax department, how more efficiently these positions could be repurposed, and how effectively the hugely increased manpower strength in the income-tax department could be used or, if found surplus, redeployed.

Perhaps this exercise could begin simultaneously with a review of the actual need for filling all the remaining vacancies in the income tax department.

11/08/2021 Business Comments Off on Do we need so many income tax staffers?
Markets