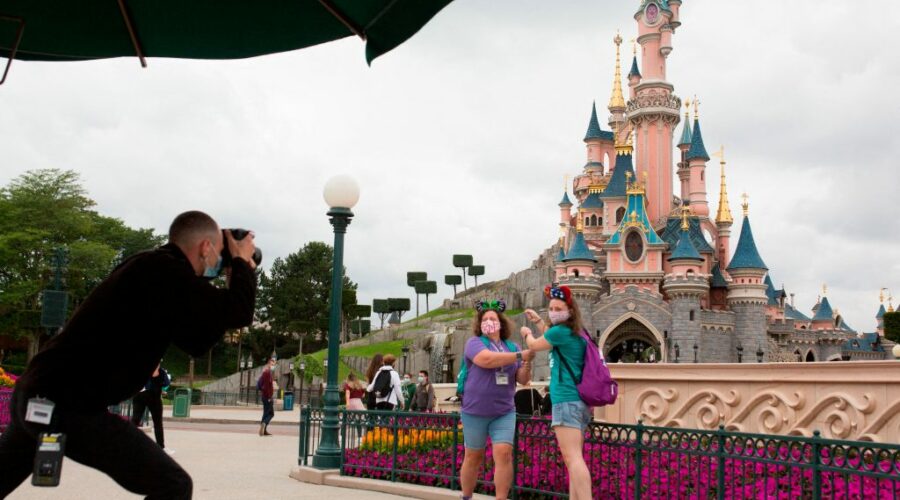 After the closing bell Thursday, the media giant reported results for its fiscal second quarter, which ended April 3. While diluted earnings per share of 50 cents nearly doubled from the year-ago quarter thanks mainly to lower production costs, revenue slid 13% and missed Wall Street forecasts. Even more unsettling to some analysts was the slowdown in growth at Disney+, which hit 103.6 million subscribers but missed analysts’ expectations for at least 109 million.

Several analysts issued updated reports to clients based on the earnings. While none expressed any panic, many sounded some cautionary notes.

Michael Morris of Guggenheim reiterated his “buy” rating on Disney shares, but lowered his 12-month price target to $210 from $225. He mentioned the outlook from Disney management for a slowdown in subscribers in the second half of the year due to the suspension of a widely watched cricket league in India due to Covid-19 outbreaks. India is a key region for Disney’s streaming efforts because of Disney+ Hotstar, a combined product rolled out last year. “Pacing concerns will likely be the primary investor takeaway” from earnings, Morris wrote.

Disney CEO Bob Chapek and CFO Christine McCarthy mentioned multiple times during a conference call with analysts that they believe Disney+ will reach its 2024 target of 230 million to 260 million global subscribers.

Todd Juenger of Bernstein Research doesn’t share their confidence, writing a note to clients whose title called attention to “nail-biting time” at Disney. He estimated that the company, not counting Disney+ Hotstar, will need to add 5 million new subscribers each quarter for the next 14 quarters in order to reach its goal. “We will be keeping our eyes focused on ‘Core’ subs,” he wrote.

Michael Nathanson of MoffettNathanson also took note of India and said almost half of the subscribers added to Disney+ in the past year have come via Disney+ Hotstar. The significance of that shows up in average revenue per user (ARPU), a widely tracked metric. Disney+ ARPU fell to $3.99 in the quarter, a fraction of what Netflix or new rivals like HBO Max have attracted.

Nathanson reiterated his “neutral” rating on Disney shares and left his $175 price target unchanged. After months of frenzied buying of Disney stock prompted by strong gains by Disney+ and a ramp-up in production plans, a cooldown would not be unwelcome, the analyst said. “We are hopeful that some of that froth will be taken out of the stock as investors process slowing Disney+ subscriber growth amidst the outsized impact that very low RPU Disney + Hotstar has had on the past twelve months of growth,” Nathanson wrote.

The stellar profit reported by Disney in the quarter, which came in at almost twice the consensus estimate of analysts, would have sent the stock rocking in a different era, Nathanson observed. “In particular,” he added, “the growth in domestic park operations should warm bullish hearts. Yet, the slight miss on Disney+ subscribers this quarter and the more cautious outlook on second half subscriber growth is the headline.”

Ben Swinburne of Morgan Stanley sees the market setting unrealistic expectations for Disney, which has been disproportionately hurt by Covid-19. As the economy gradually recovers and moviegoing and sports return to normal levels, he wrote, “all of Disney’s related businesses should recover quickly and contribute to significant earnings growth.”

He reiterated his “overweight” (buy) rating and a price target of $210. As to the quarterly financials, Swinburne pointed to operating margins of about 16% — double his estimate — and said free cash flow in fiscal 2021 “is going to be stronger than initially expected.”