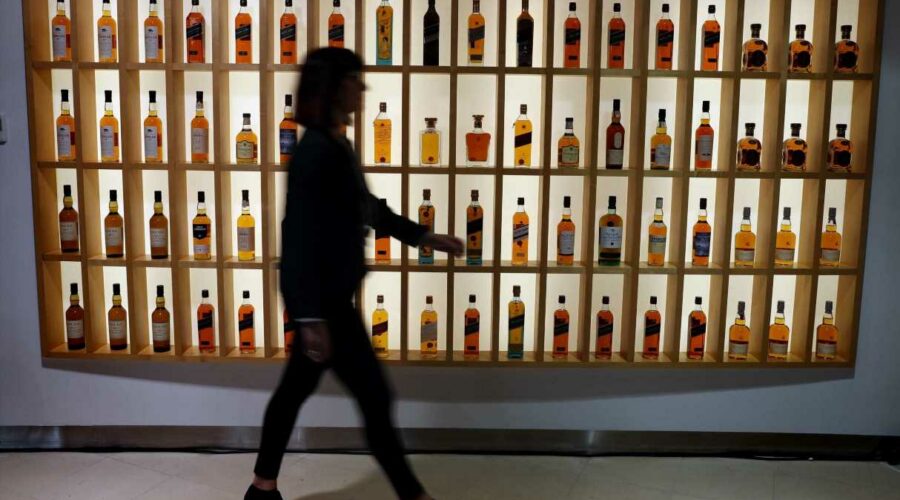 Drinks group Diageo on Tuesday said it expects to grow organic net sales in the double digits in the first half of the year, based on increased brand investments and a rapid consumer shift towards high-end brands.

Shares of the world's largest spirits maker, part of the UK's blue-chip FTSE 100 index, rose as much as 3.4% to hit a record high of 3,948 pence in morning trading.

Issuing guidance ahead of its capital markets day, the Johnnie Walker whisky and Tanqueray gin maker said it expects organic net sales growth of at least 16% in the first half of its fiscal 2022 year ending June 30 and organic operating profit growth to be ahead of sales growth.

The pandemic has been a boon to Diageo as locked down consumers stocked up on alcohol and beers and traded up to more premium versions due to higher savings.

The company ended fiscal 2021 with one of the highest growth rates in its history, propelled by strong at-home demand in the United States and partly due to the re-opening of bars and restaurants in Europe where vaccination is more widespread.

Rival Pernod Ricard, known for Absolute vodka, also said it expects strong growth in fiscal 2022, with a bit of moderation to what it had seen during the pandemic.