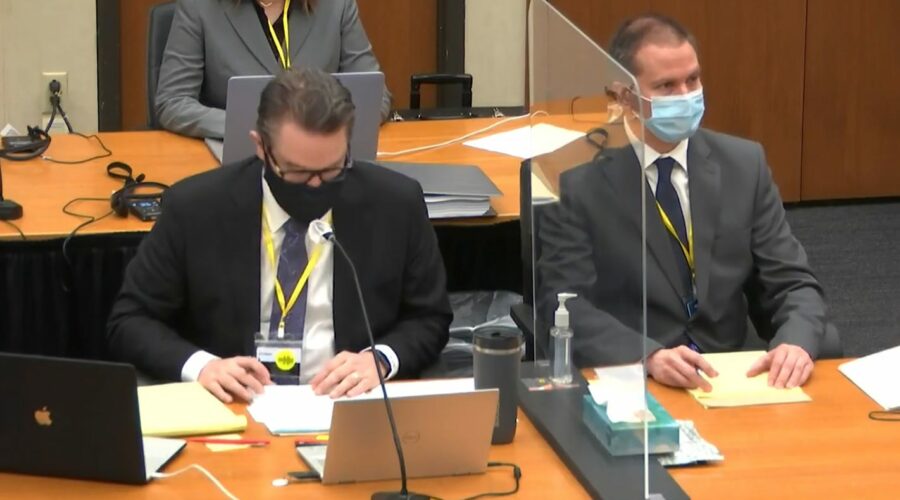 MINNEAPOLIS — One of the most important witnesses in the murder trial of former Minneapolis police officer Derek Chauvin is expected to take the stand Friday, prosecutors said, capping off a long week of highly technical legal and medical testimony.

A family-commissioned autopsy released around the same time found Floyd’s death was a homicide caused by “asphyxiation from sustained pressure.”

Baker’s testimony will be key to prosecutors, who say Floyd was killed by Chauvin’s knee on his neck for more than nine minutes. The defense argues Floyd died as a result of the drugs in his system and underlying medical issues.

Doctor testifying for prosecution says ‘what Mr. Floyd was subjected to’ would kill a healthy person

Dr. Martin Tobin, a physician who has been working in respiratory physiology for 40 years, testified Thursday that Floyd died from a “low level of oxygen,” which caused damage to his brain and an abnormal heartbeat. Tobin was called as an expert witness by prosecutors and examined records and video in the Floyd case, but he did not conduct an examination of Floyd’s body.

Tobin said he watched videos of Floyd’s arrests “hundreds of times” and found Chauvin’s left knee was on Floyd’s neck for the majority of the time. The combination of Floyd being handcuffed behind his back, the officers’ manipulation of the cuffs, and the pavement beneath Floyd combined to interfere with Floyd’s ability to breathe, Tobin testified.

The overall effect of the restraint was almost “as if a surgeon had gone in and removed the lung,” he said, referring to Floyd’s left lung. “A healthy person subjected to what Mr. Floyd was subjected to would have died as a result of what he was subjected to,” Tobin said. Read more about his testimony here.