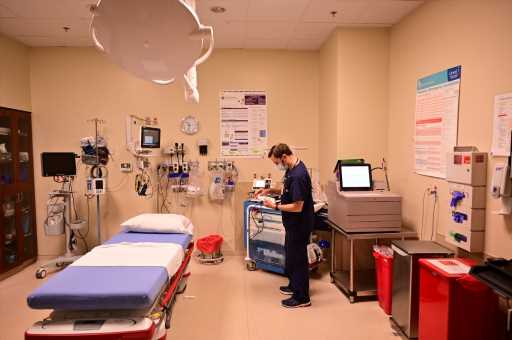 During the course of the coronavirus pandemic — amid the shutdowns, office closures and job uncertainty — the federal government doled out tens of billions of dollars to states in the form of several aid packages. Colorado received nearly $66 billion through various programs established to bolster the economy and keep workers employed.

The Denver Post set out to determine where all the money went that came into Colorado. Reporter Aldo Svaldi built a database of all that funding, and the stories published here are based on that work.

The amount of aid is so vast, these are just the first stories in this effort. We will continue digging into how businesses, municipalities, agencies, counties and the state spent these taxpayer dollars.

Here’s what you need to know about The Big Payout project to date:

Investigation: Colorado received $65.8 billion in pandemic aid. We tracked where all that money went

State leaders scrimped and saved last decade, pulling together nearly $900 million in reserves to weather unexpected rough patches Colorado might face. When the pandemic hit in March 2020, they quickly realized it wasn’t enough. Our main story breaks down the massive allocations, where they went, what experts and the people who benefitted say, and puts aid programs into historical perspective. Read more…

Explainer: How we tracked the movement of pandemic assistance from the federal level down to Colorado counties

This explainer details how The Denver Post tracked the movement of pandemic relief aid from the federal government’s 22 major program to Colorado’s 64 counties. Read more…

The Department of Health and Human Service’s Provider Relief Fund doled out nearly $1.7 billion to hospitals and medical clinics in Colorado. The largest slice in Colorado went to Arapahoe County-based providers.

When some rural counties did accept aid, it was with a healthy dose of suspicion (Coming Sunday)

The sparsely populated parts of the Centennial State were impacted differently than the denser urban centers along the Front Range. Because rural areas in many cases weren’t as affected by shutdowns — social distancing, for instance, is much easier in the Eastern Plains’ Cheyenne County because for every person, there’s more than one square mile of space —  and because the suspicious eye those residents often direct at the federal government, pandemic assistance was viewed skeptically and sometimes used reluctantly.

Pitkin County, home to Colorado’s quintessential tony ski town, Aspen, brought in $19,545 per resident, more than twice the state’s per capita breakdown. Other mountain and tourism-reliant counties — San Miguel, San Juan, Summit and Eagle — were also at the top of the pack in per capita funding. Only the city and county of Denver, ranking third, prevented the mountain counties of a clean sweep of the Top Five.

Colorado leaders know rampant fraud plagued COVID-19 relief programs in the state. An exact total isn’t known but it’s in the tens of millions of dollars. We look at how investigators are going after the perpetrators and working to build safeguards to protect against more fraud in the future.

The city of Denver is working to figure out how to spend $73.6 million worth of American Rescue Plan Act funding to build a stronger, more equitable economy in the aftermath of the COVID-19 pandemic. ARPA, as the act is called, will be paying out through 2026, meaning it could be around after the virus itself is less of a crisis and just part of daily life. We look at how the pandemic spawned a once-in-a-generation opportunity for Denver leaders to help working class people after billions were spent propping up the economy during the depths of the pandemic.