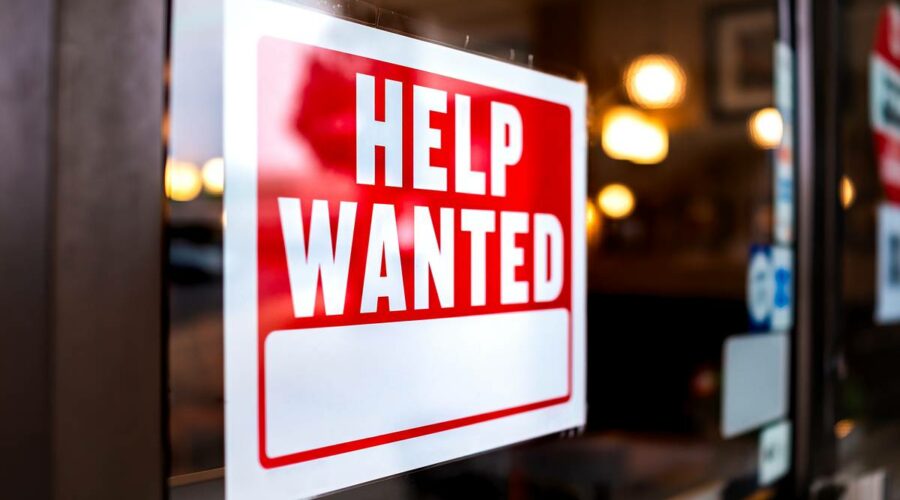 Few news stories have attracted as much bandwidth, column inches and airtime as the worker shortage that is causing consternation in numerous parts of the economy.

This was perhaps best reflected in the news this week that the owners of three top Auckland restaurants plan to close their businesses for two weeks because they don’t have enough staff to keep going through the school holidays.

But for every employer crying out that they can’t get enough staff, you also have critics pointing out that some businesses simply don’t pay enough to attract talent.

A note from ASB this week said the New Zealand economy is effectively at (or close to) full employment at a time when the supply of labour is severely constrained.

Job ads for that month were more than 24 per cent above pre-Covid highs, reflecting the desperate scrap among employers to attract staff.

The problem, however, is that employees don’t seem all that eager to leave their current jobs at the moment.

Despite also tracking a record number of job advertisements for the quarter ended June 30, 2021, Trade Me data showed a 29 per cent drop in the number of applications for jobs when compared to the same period in 2019.

That unwillingness to jump ship to another firm could be put down to the desire for security at a time when the nation remains only one unlucky traveller away from another Covid-19 outbreak and the inevitable cycle of lockdowns.

However, it might also be the case that other employers simply aren’t offering workers any great incentive to leave the roles they now have.

There certainly is a strong case to be made for this in the retail, hospitality and tourism sectors, which have since 2019 seen wages rise by 12 per cent – not on the back of employer competition, but rather because of the increase in the minimum wage from $17.70 to $20 during that time.

Read another way, these industries continue to pay the lowest possible wages that a full-time worker can earn in this country, apart from those slogging it out in the gig economy.

Economist Shamubeel Eaqub was unapologetic this week in his response to the claims of a worker shortage, telling The Spinoff that hospitality businesses don’t have a “God-given right to exist” and that some would ultimately close.

This is in line with the idea of “creative destruction” expressed by a number of economists, who argue that government policy has to shift from propping up current jobs and struggling businesses, and instead look at how the New Zealand economy can be developed in years to come.

This applies not only to businesses that don’t pay their staff appropriately, but also to those that no longer have strong enough business models to maintain profitability.

This doesn’t apply to every sector. Industries like the high-paying tech sector are also crying out for workers and a Government serious about improving productivity rates will have to address those concerns. Not doing so will lead to those opportunities moving elsewhere.

Something to remember amid the current flurry of job ads and constrained supply of workers is that the country still isn’t in normal trading conditions. The border remains mostly closed and consumers continue to spend more internally than they would under normal circumstances. The economy is running hot right now, and the verdict is out on how long that can continue, given the growing spectres of inflation, increased interest rates and uncertainty about oil prices.

It’s difficult to set policies on the number of workers required when we don’t even know what “normal” looks like in a post-pandemic world or when we might get there.

When the border does eventually open, it will be a staggered approach moderated by the Government’s commitment to rethinking immigration settings.

But as ASB pointed out, “open borders are a two-way street”.

“The large carrot provided by higher wages across the ditch could see the transtasman bubble further tighten the domestic labour market,” the bank said.

“Moreover, the relaxation in border restrictions that we envisage to occur from early 2022 is likely to be incremental and may not instantaneously trigger a stampede of workers to our shores.”

With each new border opened, employers in other countries may look at hiring from New Zealand’s talent pool. And workers in this market, fatigued by being closed off from the rest of the world, might view those opportunities as too good to resist.

These discussions also come at a time when the global narrative around Covid-19 is evolving. This week, British Prime Minister Boris Johnson said the country must reconcile itself to more Covid-19 deaths as the Government prepares to lift nearly all restrictions following its vaccine rollout.

This stands in stark contrast to New Zealand’s continued commitment to keeping the virus out of the country.

Every country is in the middle of an elaborate social and economic experiment – and it will be years before anyone will be able to say with any confidence what the best approach was, given the outrageous circumstances we found ourselves in.

08/07/2021 Business Comments Off on Damien Venuto: Worker shortage debate: Where does the truth lie?
Markets