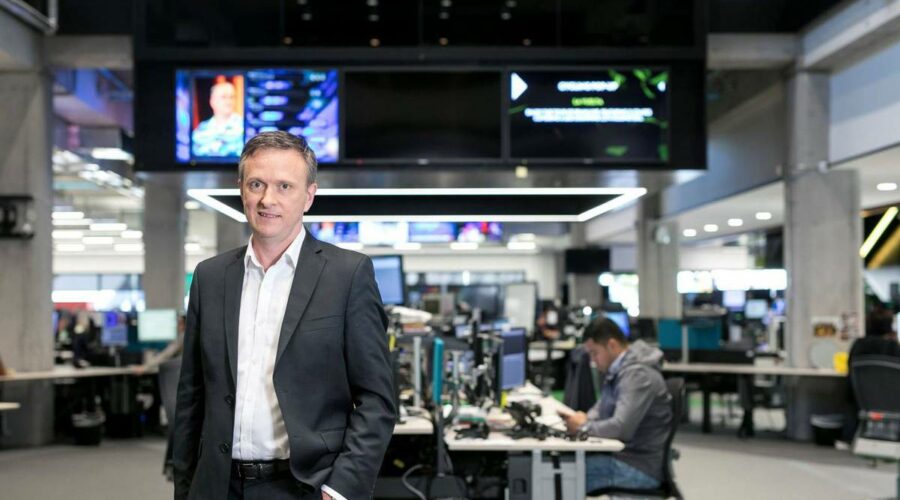 The announcement last week that Kevin Kenrick would be signing off after nine years as CEO of TVNZ immediately raised the question of who would step in to replace him.

Kenrick has given the board and the Government decent recruitment lead time, announcing that he will be leaving state-owned broadcaster at the end of February next year.

It’s still far too early in the process to declare definitively who’s most likely to succeed Kenrick, but there’s no shortage of talented executives who would be up for the job.

That said, it will take a brave person to gamble their career on this job given all the uncertainties at play.

You firstly have the core business challenge of managing two disparate streams of revenue simultaneously, ensuring you continue to have growth on the TVNZ OnDemand side and steady revenue in traditional broadcasting.

This all needs to be done in the growing shadow of a potential merger between RNZ and TVNZ to create a new public broadcasting entity. In many ways, this task requires something akin to a reverse Moses capable of merging together two organisations that have very little in common.

Given the political implications of this move, it will demand a person who’s not only adept on the business side but also capable of trading smiles with Wellington bureaucrats.

The new boss will also inherit a few legacy issues that have long plagued not only TVNZ, but New Zealand media in general.

TVNZ has faced criticism in recent years for its gender pay gap and a lack of diversity in its content. The new leader will have to find a way to evolve the culture without damaging what’s good within the business.

Each of these challenges will demand a careful balancing act. Which is to say that those who suffer from acrophobia need not apply.

What follows is a (highly) speculative list of 12 contenders who have the potential to take on these challenges. Whether they’re willing to do that is a completely different area of inquiry.

It would remiss of us not to consider the talent that TVNZ already has in-house. Ciara McGuigan has been chief financial officer at TVNZ since May 2019. Before that, she held similar roles at both MediaWorks and Vodafone. This makes her an experienced operator who also understands the complexity of running a media business. It’s also important to note that she has a better understanding than anyone of how TVNZ makes money and how that has changed over time. This knowledge will serve as an enormous asset as the business looks to move forward.

If TVNZ is looking for a long-term CEO for the future, then Cate Slater could be the internal promotion they’re looking for. She has been with TVNZ for almost a decade and currently serves as the director of content. She has been integral in driving TVNZ OnDemand as well as determining which content the company should be investing in and how that should be rolled out. She’s well known and respected within the business and it will be difficult for anyone to claim they’re more experienced than her at making business decisions at the state broadcaster.

Sussan Turner has had a long career in the media industry, serving as the group CEO at MediaWorks from 2010 to 2014. She was formerly also managing director of Radio Otago and the CEO of Radioworks. She has been a director on the TVNZ board since 2015 and also joined the NZME board in 2018. Having held three executive positions in the media across a 30-year period, Turner has one of the most well-rounded careers in the industry. It would take a brave person to overlook her CV. She also has experience bringing together disparate radio and television cultures, having already done that in her previous role at MediaWorks. The difference, however, was that both those organisations were purely commercial, as opposed to RNZ which is funded by taxpayers.

The current chief executive of Māori Television could offer some fresh perspectives on how to better represent New Zealand’s diverse population on mainstream television and programming. Shane Taurima joined Māori Television as the deputy chief executive in September 2018 and was appointed to the CEO role in 2019. He has a media career that spans decades, including a period as the presenter of Marae, TVNZ7 and Q+A. He was also the former head of TVNZ’s Māori and Pacific unit. Another thing Taurima brings to the table that other candidates might not have is political experience, having served as the press secretary for former Māori Development Minister, Te Ururoa Flavell. This could be useful given the political aspect to navigating the TVNZ leadership role.

From the outside, it looked as though things might become awkward between RNZ boss Paul Thompson and Kevin Kenrick as they attempted to merge the state-owned broadcasters together. That issue has now been averted with Kenrick stepping down, creating an opportunity for Thompson to potentially lead the unified entity. Thompson is an experienced media executive and has been the chief executive of RNZ since 2013, running a steady ship over the last eight years. He was the group executive editor of Fairfax Media before that, evidence that he’s also comfortable on the commercial side of the business. If he were appointed, the one major challenge he would face is winning over TVNZ staff who may be adverse to the idea of RNZ and TVNZ coming together – especially when the perceived little brother appears to be in charge. Then again, the verdict is still out on whether that will even happen.

This one is a long shot, but the current Minister of Media, Immigration and Justice has a unique blend of broadcasting and political experience that could make the role appealing. Part of the reason he has such a wide array of tough portfolios is because he’s long been seen by the Government as a safe pair of hands. However, given the challenges of governance, particularly during a pandemic, he has faced growing criticism for not taking action on major issues fast enough. This has been the case when both the media and immigration. One thing’s certain, if he were to land this job, he wouldn’t be able to hand over the tough decisions to a working group for investigation. There simply isn’t time for that when you’re fighting against budgets, deadlines and international entertainment giants.

The former chief revenue officer at Air New Zealand and self-confessed media junkie may have only recently started a new job at MediaWorks, but he has quickly shown that he isn’t afraid to make tough decisions. He responded quickly to revelations of cultural issues within the organisation and has taken steps to address those problems. While his early tenure at MediaWorks has been a baptism of fire, he’s weathering the storm and stamping out many of the major problems – all while navigating intense media scrutiny. His performance in such a high-pressure environment will have been noticed by boards across the country, and it wouldn’t be surprising if a few other organisations beyond TVNZ look to poach him.

Pay TV and free-to-air are quite different beasts, but current Sky TV chief executive Sophie Moloney could offer some useful insights in terms of better monetising the content already in the TVNZ stable. Kenrick has long spoken about the potential of introducing paid TV options (including an ad-free OnDemand and pay-per-view sporting events), but he has not yet pulled the trigger on either of these ideas. These are, of course, the spaces that Moloney has operated in since she joined Sky in the UK in 2003. Since then, she has held numerous senior commercial, legal and strategic roles at Sky across a number of countries. She knows the TV business inside out. That said, it would take something really special to coax her out of the company where she worked her way to the top.

Cameron Harland is an experienced business executive who currently serves as the chief executive of NZ On Air. This means he wields significant influence over where New Zealand taxpayer money should go when it comes to broadcasting funding decisions. It’s a role that exists as a conduit between the public and commercial sectors, meaning he faces constant pressure from both sides. Much of his career has been spent on the production side of the film industry, having served as a board director for Weta Workshop between 2014 and 2020 and previously as the chief executive of Park Road Post Production. He also previously served as a board director for TVNZ between 2017 and 2020. Harland knows better than most what it costs to make content in New Zealand and he also has an acute understanding of where money could best be spent. This knowledge could prove useful in the decision-making processes that happen behind the scenes at TVNZ.

Michael Boggs is another executive that many businesses will be keeping a close eye on. In the last few years in charge of NZME he has overseen the launch of the Herald paywall, kept revenue stable, paid down debt and increased audience numbers. This has seen the NZME share price rise from as low as 18 cents at one stage to 99 cents at the time of writing, while also giving the company confidence to pay a dividend to shareholders. He may not have any television experience, but neither did Kevin Kenrick when he joined TVNZ from House of Travel in 2011.

The vast majority of TVNZ’s revenue comes from the sale of advertising and no one on this list understands this space better than Nigel Douglas. Currently the chief executive at OMD New Zealand, Douglas has spent much of his career helping businesses buy media placements on the available channels in New Zealand. Given that television remains such a key part of the advertising mix for most companies, Douglas is well aware of the cultural power good television continues to have in New Zealand. His close ties with the advertising industry and understanding of how that side of the business works will also be helpful in ensuring that TVNZ remains top of mind when clients make decisions on where they want their ads to sit.

The former chief executive of MediaWorks would have been a top contender for the role had it not been for the recent revelations about the cultural problems during his tenure. He has television experience in New Zealand, an in-depth understanding of what the main competitor in the local market is doing and a strong track record of executive roles. He also carefully navigated the sale of the TV arm to Discovery – something that needed to happen for years. The Australian is still living in New Zealand, so he may just think about throwing his hat into the mix.

12/09/2021 Business Comments Off on Damien Venuto: The 12 contenders who could be the next TVNZ boss
Markets