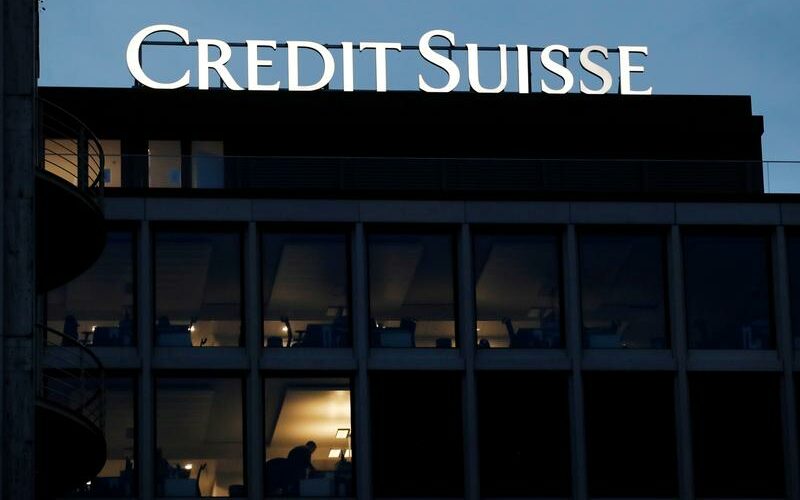 FILE PHOTO: A logo of Credit Suisse is pictured on a building in Geneva, Switzerland, November 8, 2017. REUTERS/Denis Balibouse

ZURICH (Reuters) -The chief compliance officer at Credit Suisse’s domestic unit is quitting with immediate effect after just 4 1/2 months in the post, the Zurich-based bank said on Monday.

Floriana Scarlato, who took the compliance job at Swiss Universal Bank (SUB) on March 1, is leaving to pursue opportunities elsewhere, the bank said.

Scarlato, who joined Credit Suisse in 2005, is also stepping down from her posts as SUB management committee member and from the executive board of Credit Suisse (Switzerland) Ltd..

Horta-Osorio has vowed to scrutinise risk management and culture following Credit Suisse’s serial mishaps, as well as to review the bank’s strategic options for the bank.

Credit Suisse was hit by a corporate spying scandal, followed by the wind-down of $10 billion funds linked to now-collapsed supply chain finance firm Greensill and billions in losses stemming from lending to family office Archegos that imploded.

Prior to her most recent post, Scarlato since 2015 was chief compliance officer of Credit Suisse’s International Wealth Management division which sits at the centre of a post-Greensill overhaul now under consideration, according to sources.

Her exit follows that of the bank’s chief risk and compliance officer, Lara Warner, in April.

“Floriana Scarlato’s successor will be announced in due course,” Credit Suisse said in a statement.