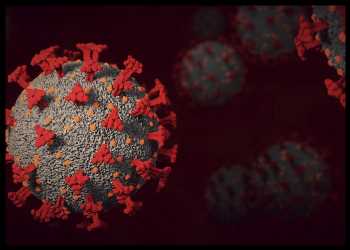 Amid an unprecedented surge in the pandemic in the United States, driven by the Omicron variant, the overall death and infection rate caused by the coronavirus is reversing.

The weekly average of cases that continued to rise above 200 percent for the past few days has come down to 159 percent Wednesday, as per data compiled by the New York Times.

But the weekly average of Covid death toll, which has been showing a minus trend until two weeks ago, has increased by more than 50 percent.

A whopping 2,730 deaths, which is the highest single day death toll in the last 20 days, were reported on Wednesday, according to the latest data from Johns Hopkins University. It took the national total to 844,562.

California is the worst affected state, reporting 107,000 cases on Wednesday, while Michigan led in casualties, 398.

Hospitalizations increased by 82 percent in two weeks to 145,005.

Addressing the media on Wednesday, CDC director Dr. Rochelle Walensky said that an average of about 19,800 Covid-positive patients are being admitted to hospitals each day.

42,805,090 people in the country have recovered from the disease so far, according to Worldometer.

As per the latest data published by the Centers for Disease Control and Prevention, 208,182,657people, or 62.7 percent of the eligible population, have been administered both doses of Covid vaccine so far. This includes 88 percent of people above 65.

247,695,845 people, or nearly three-fourths of the eligible population, have received the first dose.

More than 77 million people, or 37 percent, of the eligible population, have already received a booster dose that is recommended to provide additional protection.