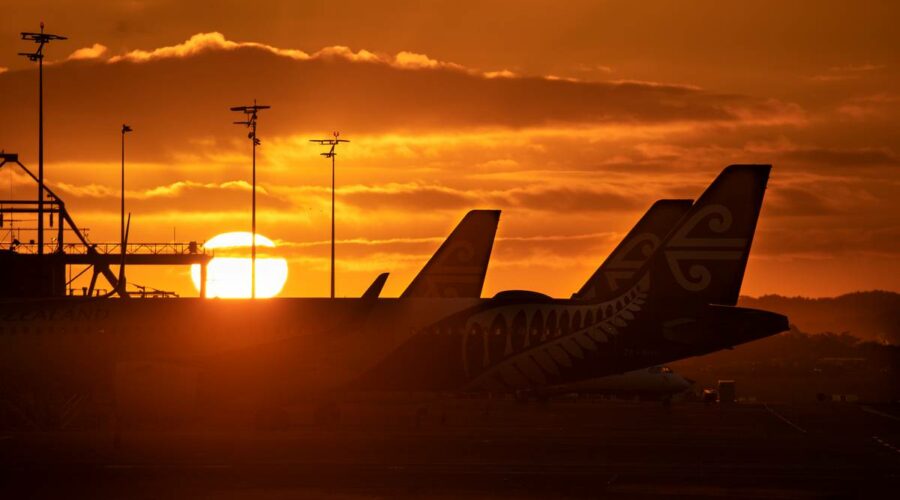 A New Zealand airline group says the sector has been dealt a crushing blow by the latest lockdown as domestic operations face at least days of just skeleton services after the rush to get people home.

The NZ Board of Airline Representatives says while everyone in the sector understands the need to keep people safe, this is yet another body blow to aviation in New Zealand.

Domestic flying had recovered strongly in the past 16 months and had been the one saving grace generating desperately needed cashflow for all airlines.

“To have that largely switched off now is crushing, and everyone is hoping for a swift containment of this outbreak.”

While airlines including Air New Zealand and Jetstar are maintaining pre-Delta schedules for 48 hours, these will be sharply reduced thereafter. Only essential workers can travel under alert level 4 which will be in place at least until next Wednesday in Auckland, the country’s main domestic hub.

Tighe-Umbers said domestic airlines are going flat out to get people back to their homes in the 48-hour windows.

“To do this there may need to be some trade-offs made between getting people home safely and being able to provide social distancing on aircraft. In such a short space of time to run the operation it’s not obvious to me that both can be achieved.”

He said international flights are continuing to operate as normal and are not disrupted. If people are travelling overseas they are able to travel directly to the departure airport as long as they have evidence of a purchased airline ticket to show at the terminal.

“Every time there is a major disruption like this it becomes harder and harder to keep people working in aviation, the jobs simply aren’t reliable enough.”

Some of the board’s members were finding it very difficult to employ new staff.

“This is why Barnz continues to call for sector-specific support for aviation workers – they are bearing the brunt of these lockdowns, without them we can’t keep New Zealand connected.”

Last year about a third of Air New Zealand’s 12,500 staff lost their jobs.

The airline is now organising more than 800 flights for 50,000 passengers over the next 48 hours to get Kiwis home. It will also have to get about 3000 people in Rarotonga home now that the bubble with the Cook Islands has been suspended.

The blow to domestic air travel comes at a bad time for the airline, 52 per cent owned by the taxpayer. The suspension of the transtasman bubble in July forced it to downgrade its forecast results for the current financial year after what will be losses of around $450 million in the 2020-21 year, due to be reported next week.

Its Government owner has also further delayed plans for acapital raise until the start of 2022.Before the latest lockdown, Jarden analyst Andrew Steele said the environment next year should be more certain with the vaccine rollout in this country and Australia meaning borders could reopen.

In the meantime the company is tapping further into a $1.5 billion Government loan.

However, he said that because of aircraft and PAYE repayments due the liquidity available to the company could be between only $350m and $500m.

In an update this month Air New Zealand said it now expects losses will not exceed $530m for the 2022 financial year, assuming a fuel price of US$78 per barrel.

The company previously stated on June 18 that it expected losses in 2022 to be similar to the $450m reported in the 2021 financial year.

At the time, the airline said that it continued to assess the impact of future suspensions on air travel amid the ongoing challenges posed by the pandemic.