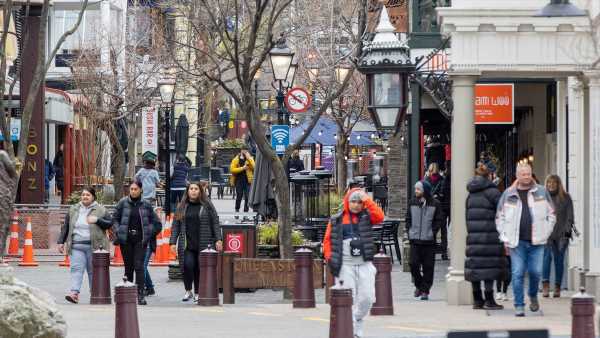 Almost a third of Queenstown CBD businesses do not expect to survive until winter, a new survey shows.

A Queenstown Chamber of Commerce-led business confidence survey last month attracted 241 responses from Wakatipu businesses, 187 of those in or near Queenstown’s CBD.

While the effects of the tourism downturn are not being felt as harshly in Arrowtown and Frankton, where 97 per cent of respondents expect to still be operating in 12 weeks, the outlook for the town centre appears bleak, particularly for the tourism and hospitality sector, which includes accommodation.

Eighty-five percent of that industry across the Wakatipu expects activity and profit to decrease; more than half expect a drop in staffing and hours and 36 per cent say prices will drop by winter.

Of the 112 Upper Clutha businesses that responded to its survey, led by the Wanaka chamber, just over half said their business would deteriorate in the next three months. That rose to 77.68 per cent when considering the district at large.

The Queenstown survey found businesses’ view of the future for the region “contrasted significantly” with their view for New Zealand.

Almost 75 per cent of all respondents in the Wakatipu consider the outlook for the rest of the country would stay the same or get better.

Queenstown Chamber of Commerce chief executive Ruth Stokes said, while she was not surprised, businesses’ view of how much better New Zealand was doing was the “most heart-wrenching piece”.

“One of the really good things, though, is actually having something quantifiable, rather than just anecdotal, particularly around the differences [in] how effects are being felt across the region,” she said.

“We need to be talking about this as a team — what do we do with this information?”

Stokes was “endeavouring” to meet Tourism Minister Stuart Nash, due in Queenstown this month, and some of Wakatipu’s key business leaders.

“The advice I’ve been given is to go down the regional development track,” Stokes said.

“It’s almost like we need to stop banging on about tourism.

“It’s the ‘investment for the future’ story [Mr Nash wants to hear].”

However, making that difficult was the hesitation of banks at present to lend to new, or existing, businesses in industries brought to their knees by the effects of closed borders.

It is understood the term “red zone” has been applied to Queenstown by banks for lending.

However, Queenstown economist Benje Patterson said “most certainly” there would not be a concept of a red zone across all banks when it came to Wakatipu.

“That would ultimately be collusion in the banking system.”

Most banks would be looking “very unfavourably at loaning to new business”, particularly those in industries with decreased revenue flow such as hospitality, tourism and accommodation.

“The unfortunate reality is that until the banks feel assured that these businesses are going to have significant revenue streams, again, it’s very, very difficult for them to lend out at all.

“When you’re looking at the types of businesses that are going to struggle at the present time to get bank funding, unfortunately, it is quite a depressing situation.”

Stokes called on the Government to address the situation.

“It’s the sort of thing we need to be putting on the table — changing policy settings for commercial lending, for example, to enable those to be able to get out without losing their shirts and those who want to get in to do so.

“We’re a year down the track. We can’t have the district, or the region, be doing the same thing and the Government expecting a different result. That’s the definition of insanity.

10/03/2021 Business Comments Off on Covid 19 coronavirus: Almost a third of Queenstown businesses ‘won’t make it to winter’
Markets