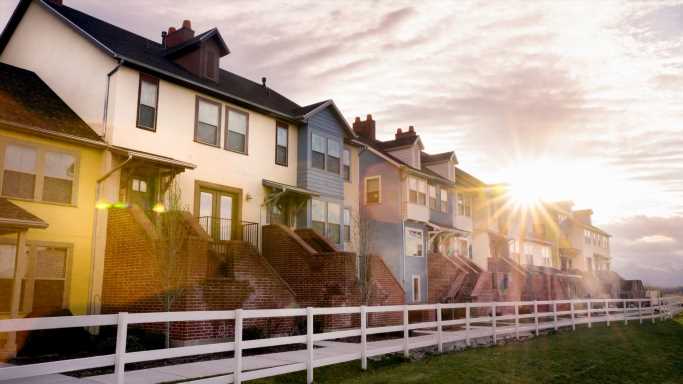 A little over one-third of U.S. households rent their homes. While many associate homeownership with economic stability, renting is often a safer choice, granting more flexibility. In addition, in cities across much of the country, for a large share of residents, particularly young ones, renting is the only financially feasible choice.

Young people are far more likely to rent homes than buy. Well over half of all renters in the United States are under the age of 35, whereas that age group accounts for less than 10% of homeowners. Many of the counties on this list have such high shares of renters because they have younger populations.

According to the census, 23.2% of Americans are 18-34 years old. In all but five of the places on this list, that age group accounts for a larger share of the population, including nine where more than 40% of the population is 18-34. In two of these, over half the population falls into that age group, some of just a handful of counties or county equivalents nationwide where that is the case. This is the youngest county in every state.

Virginia has by far the most places on this list, with 14. Georgia is second with five, New York has four, and Alaska has three. So many Virginia counties make this list because the state has a number of independent cities, which are communities that do not fall in the jurisdiction of a county, and are considered county equivalents by the Census Bureau. These independent cities are often much more urban than the typical county, which has a mix of urban and rural places.

Population density is a factor in the share of housing units that are rentals. In highly-urban areas, a large share of residents live in multi-story rental buildings, rather than single-family homes. The U.S. population density is 93 people per square mile. The majority of these counties have population densities in excess of 1,000 people per square mile. All but one of the 10 most population-dense counties in the country are on this list, including New York County, which comprises the island of Manhattan. These are the counties with the highest rent in America.