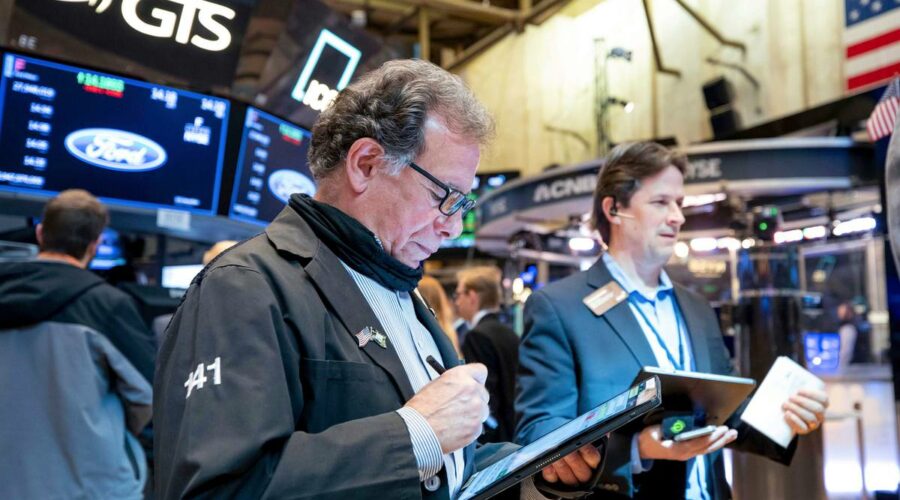 “Are we actually headed for a recession or is there going to be a soft landing?”

Then with the events in Ukraine and rising oil prices concern has shifted to the impact on consumers and whether that will impact earnings, he said.

On the eve of its 15th anniversary of KiwiSaver the market volatility creates a fresh challenge for the scheme as most investment balances have moved backwards for the first time in years.

This week on Continuous Disclosure we look at what’s behind that sell-off and what KiwiSavers should do.

“The thing that people are grappling with is whether the central bank action and the inflation could actually cause a recession,” says Gardyne.

Big US tech stocks in particular have plunged in value this year with the likes of Netflix and Meta (Facebook) down by more than 50 per cent.

One of the triggers for the big sell-offs in the US has been the reporting season there, Gardyne said.

“Generally companies are beating earnings expectations but the ones that aren’t are getting hit very hard.

“We saw that with Netflix a couple of weeks ago.”

In the case of Netflix and some of those big ecommerce and e payment stocks there had been a “pull forward” during Covid as they benefited from lockdowns spikes in usage.

“We saw various industries were beneficiaries of the lockdowns and other were industries hurt pretty significantly, like the travel industry.”

That trend had started to reverse in the past few months.

But people were also starting to look at this round of corporate reporting as a gauge of how the situation was affecting businesses, he said.

“Is the inflation starting to flow through and hit the bottom line? Are interest rates starting to impact the consumer?”

One heartening sign in this latest round of volatility was that long-term investors, like KiwiSavers, weren’t panicking, Gardyne said.

Compared to the Covid sell-off in 2020 the losses have been more widespread for all classes of KiwiSaver.

With interest rates rising and bond markets selling off, even more conservative funds have been under pressure, he said.

But there had been fewer people switching out of growth funds this time around.

“I think part of that is from the lessons people have learned across the last 15 years of KiwiSaver,” Gardyne said.

In this episode Gardyne also looks back at how KiwiSaver has evolved in the past 15 years and what needs to happen to keep it growing and succeeding as a scheme.

Continuous Disclosure is available on IHeartRadio, Spotify, Apple Podcasts, or wherever you get your podcasts. New episodes come out every second Wednesday.

You can find more New Zealand Herald podcasts at nzherald.co.nz/podcasts or on IHeartRadio.

03/05/2022 Business Comments Off on Continuous Disclosure: What the big sharemarket shake-up means for KiwiSavers
Markets