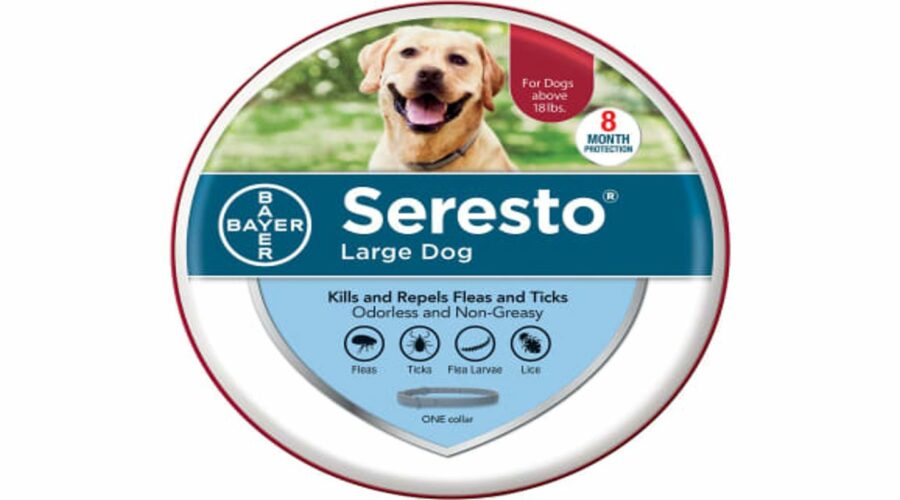 A Congressional subcommittee has asked Elanco to voluntarily recall its Seresto flea and tick collars, following a March 2 story by the Midwest Center for Investigative Reporting and USA TODAY on thousands of incident reports about pet and human harm linked to the use of the collar.

Seresto, developed by Bayer and now sold by Elanco, is one of the top-selling flea and tick collars in the United States. The collar works by releasing small amounts of pesticide onto the animal for months at a time. The pesticide is supposed to kill fleas, ticks and other pests but be safe for cats and dogs.

Since the collar was sold beginning in 2012, the U.S. Environmental Protection Agency has received more than 75,000 incident reports about pet and human harm linked to use of the collar. These incident reports include at least 1,698 pet deaths and 907 humans harmed.

Rhonda Bomwell of Somerset holds a photograph as she talks about her 9-year-old Papillon, Pierre, who died June 1 due to side effects from wearing a popular flea and tick collar for pets, at Colonial Park in Somerset, N.J., on Monday, March 1, 2021. (Photo: Tanya Breen)

“We believe that the actual number of deaths and injuries is much greater, since the average consumer would not know to report pet harm to EPA, an agency seemingly unrelated to consumer pet products,” Krishnamoorthi wrote in the letter.

Seresto collars were developed by German pharmaceutical giant Bayer, but the company sold its Animal Health division, which includes the Seresto collar, to Elanco for $7.5 billion in 2020. In 2019, Bayer reported revenues of more than $300 million on sales of the collar.

In response to request for comment for this story, Elanco, through spokeswoman Keri McGrath, said it is cooperating with the investigation.

McGrath said the subcommittee’s request is “based on recent misleading media coverage.”

“There is no medical or scientific basis to initiate a recall of Seresto collars and we are disappointed this is causing confusion and unfounded fear for pet owners trying to protect their pets from fleas and ticks,” said Dr. Tony Rumschlag, senior director for Technical Consultants at Elanco, said in a statement.

Bayer did not immediately respond to a request for comment.

The subcommittee letter also asks the companies to release documents involving the collars, including internal communications about the collars, communications with federal regulators and any information disclosed in the sale of Seresto to Elanco about pet toxicity and the transfer of liabilities for the pet harm.

The EPA regulates the collars because they contain pesticides.

Seresto has two active pesticide ingredients: imidacloprid and flumethrin. The EPA has taken no action to let consumers know about any link to human or pet harm, the Midwest Center for Investigative Reporting/USA TODAY investigation found.

Karen McCormack, a retired EPA employee who worked as both a scientist and communications officer, said the collars have the most incidents of any pesticide pet product she’s ever seen.

“The EPA appears to be turning a blind eye to this problem, and after seven years of an increasing number of incidents, they are telling the public that they are continuing to monitor the situation,” she said. “But I think this is a significant problem that needs to be addressed sooner rather than later.”

The subcommittee on Economic and Consumer Policy is under the House Committee on Oversight and Reform, which is the principal oversight committee of the U.S. House of Representatives.

The committee has “broad authority to investigate ‘any matter’ at ‘any time’ under House Rule X,” according to the letter.

Following the March 2 story, Amazon, which has received numerous complaints about pet harm linked to the collars, said through a spokeswoman that it is “reviewing” the product.

This story is a collaboration between USA TODAY and the Midwest Center for Investigative Reporting. The center is an independent, nonprofit newsroom covering agribusiness, Big Ag and related issues. USA TODAY is funding a fellowship at the center for expanded coverage of agribusiness and its impact on communities.