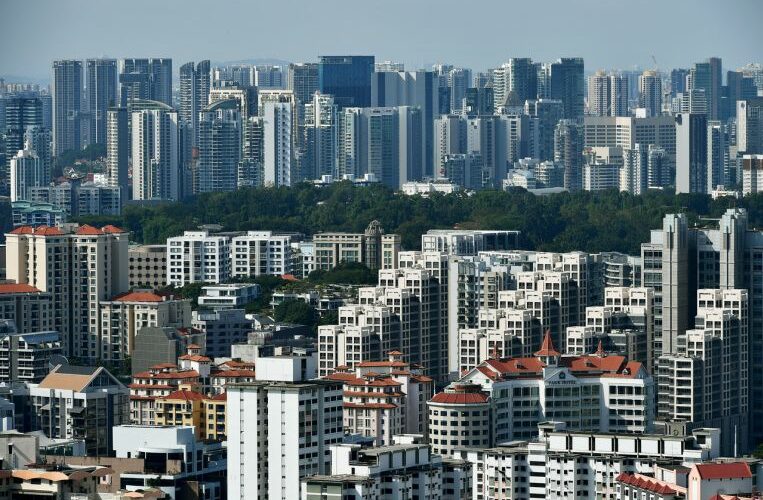 SINGAPORE – Rents for both Housing Board flats and private apartments rose in September compared with August, while leasing volume in both markets dipped for the fourth consecutive month, according to flash data from real estate portals 99.co and SRX released on Wednesday (Oct 13).

Rents for condominium units in September increased by 0.7 per cent over August, after remaining flat for the past three months.

Year on year, rents were up 8 per cent from September last year, although still down 10.3 per cent from their peak in January 2013.

Conversely, rents for HDB flats rose for the 15th consecutive month in September, climbing by 0.6 per cent over August.

While HDB rents were 8.8 per cent higher than in September last year, they were still 6.8 per cent off the peak in August 2013.

Rents for all HDB flat types, except four-room flats, went up in September. Units in mature estates saw an increase of 1 per cent while those in non-mature estates inched up by 0.1 per cent.

Ms Christine Sun, senior vice-president of research and analytics at real estate firm OrangeTee & Tie, said the increase in rents despite lower demand could have been driven by a lack of home supply as many HDB resale flats and condos have been sold and taken off the rental market.

In September, fewer people rented condo units, as volumes decreased by 0.7 per cent to an estimated 4,454 units, compared with 4,484 units in August.

The biggest share of units rented was located in the suburbs, which made up 39.3 per cent of total rental volume.

Rental volume for HDB flats also dropped by 0.5 per cent to an estimated 1,702 units in September, compared with 1,710 in August.

More companies may also have upskilled existing staff or hired more locals to tap the various Government grants provided to tide them over the pandemic, she said.

Huttons Asia chief executive Mark Yip said that the rental volume for both markets appeared to have peaked in September, with ” little incremental demand” in the number of tenants.

However, he said that the setting up of Vaccinated Travel Lanes (VTLs) will provide a “much needed salve” for the rental market as travellers can come to Singapore without the need for lengthy quarantine period.

“This will increase the attractiveness of Singapore as a key global business hub, create more jobs and boost demand for homes,” he said.

Echoing the same sentiments, OrangeTee’s Ms Sun said that as more VTLs are announced, more Singaporeans, permanent residents and foreigners may return to Singapore and companies may also ramp up their hiring of foreign expats.

“Therefore, rental demand may improve while rental prices could be pushed up higher in some locations,” she said.

13/10/2021 Business Comments Off on Condo, HDB rents edge up in September while leasing volumes dip
Markets