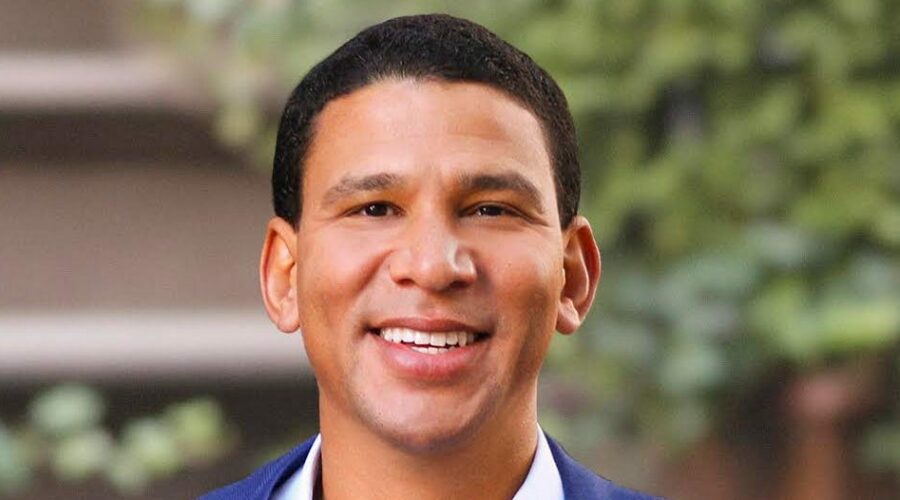 Residential brokerage Compass revealed it has lost more than $1 billion over the past five years in an S-1 filed Monday night with the Securities and Exchange Commission.

The 261-page document, released in advance of a planned public offering of the Softbank-backed firm’s shares, outlines Compass’s rapid growth in recent years, the technology that it claims has enhanced the productivity of its brokers, and the suite of ancillary services and businesses that it says will both broaden and boost its revenue.

Like other fast-growing companies in Softbank’s stable of startups, Compass — founded by Robert Reffkin and Ori Allon in 2012 — has sought to outgrow rivals by spending heavily. The S-1 showed that it has rapidly increased revenue in recent years, but at the cost of expenses that continue to outstrip its earnings — persistent unprofitability that, for some, may draw an uneasy comparison to another Softbank-backed firm, WeWork.

Compass has not yet disclosed the price at which it will seek to sell its shares, nor how much it will aim to raise in the offering and at what valuation. In its most recent private fundraising round, Compass was valued at around $6.5 billion. It has hired Goldman Sachs, Morgan Stanley, and Barclays to underwrite the IPO.

We pored over the S-1, the first look under the hood of a brokerage that claims to be remaking the residential brokerage business, to figure out the 5 key takeaways.

The year-over-year decrease in losses from 2019 to 2020 was the first time Compass has narrowed its deficit in the years of financial performance it disclosed in the S-1. That presented the possibility that it could creep towards profitability as it continues to scale revenue — if it can contain expenses. Compass lost $62.5 million in 2016, $64.8 million in 2017, and $223.8 million in 2018.

Mike DelPrete, a scholar in residence at the University of Colorado Boulder who has studied Compass, expressed uncertainty that it was on a trajectory for profitability. Much of its revenue growth, he pointed out, has come from adding agents, who grow revenue, but whose commissions represent Compass’s largest expense and erase much of

. Compass spent over $3 billion paying brokerage commissions and “other transaction related expenses” in 2020 and $1.9 billion on the same category in 2019, according to the S-1.

The unprofitability highlights concerns that Compass has spent lavishly to recruit top brokerage talent, paying bonuses to those who joined and offering favorable commission splits, as well as taking on other recruiting related expenses, such as costly office spaces, to woo brokers from competitors like Douglas Elliman and Corcoran.

In a recent interview with Insider, Jack Micenko, an analyst with Susquehanna Financial Group who covers public residential real estate companies, including Redfin and Realogy, called Compass “an irrational bidder for talent” for its free spending on recruitment.

Reffkin, Compass’s CEO, said in 2019 that it would become the most dominant brokerage in the country’s most lucrative residential markets, stating it would gain a 20% market share in the top 20 markets in the US by 2020. There is no mention in the S-1 of that goal and little suggestion that Compass was even close to achieving such market share, though Compass did rapidly expand its pipeline of deals.

Compass has described itself as a technology company, a common claim made by startups that forgo profitability in favor of fast growth. Some observers, such as DelPrete and Micenko, have expressed skepticism at that label, questioning whether the company’s tech can truly scale its productivity and allow it to earn greater revenues without incurring commensurate expenses.

“There’s this confusion in the marketplace around using tech to be better versus being a tech company,” Micenko said. “The product is not tech and the revenue is not from selling a tech product.”

Compass stated that its platform allowed brokers to complete 19% more transactions in their second year versus their first at the company and that it was able to sell homes 21% faster. It uses the term “virtuous flywheel” — a concept used to describe the early days of Amazon’s rapid growth — to picture how brokers, enabled by Compass’s tech and services, will generate more business, allowing the company to reap the revenue to continue to improve those differentiating tools and win even more clients.

So what is the tech exactly? The S-1 gives some answers to the question that has perplexed some Compass watchers.

Compass states that it has developed customer relationship management (CRM) software, powered by artificial intelligence, that can help generate leads for agents by predicting potential sellers and buyers. The CRM also keeps brokers in touch with existing clients. The company says it has developed a comparative market analysis tool, also powered by artificial intelligence, that can better price properties. The company further states it has built a platform that simplifies the business of brokerage, streamlining tasks such creating “digital ads, videos, listing presentations, email newsletters, print advertising and signage.”

Many of the company’s brokerage rivals claim they have similar systems.

In addition to the business of selling real estate, Compass aims to earn money from title insurance. Buyers entering into any residential purchase generally have to buy such title insurance, but the sale of that insurance, and the commissions from them, traditionally been handled by third-party insurance brokers.

The firm also wants to enhance its commissions with ancillary services. Its “Compass Concierge” program grants interest-free loans to home sellers so they can renovate and reap more cash, allowing Compass, in turn, to net a higher commission. The company claims in the S-1 that the service has made homes twice as likely to sell within 60 days than comparable homes.

Compass has spent heavily to bring in top brokers from other, more established firms. But will it need to lavish additional sums on these agents to retain them when their employment contracts expire, creating an endless spending cycle?

The company said in the S-1 that it has been able to retain 90% of its nearly 9,000 principal agents, a smaller subset of the roughly 19,000 brokers that Compass employs that either lead teams or operate individually. The company did not disclose specifically if it had paid bonuses to agents to remain at the firm, although it did state that thousands of agents had been granted hundreds of millions of dollars of stock in the company as a retention tool. After an IPO, those agents would be free to cash out their shares.

While startups focused on taking home buying and selling online have sought to disintermediate or eliminate the role of the broker in those transactions, Compass predicts that agents aren’t going anywhere. It points to data from the National Association of Realtors showing that 89% of sellers and 88% of buyers used a broker in 2020, roughly equivalent to statistics from a decade ago.

“The industry has shifted to try to abolish the agent but so far it hasn’t caught on,” the S-1 states. “Despite various ‘agentless’ models such as iBuying and for-sale-by-owner, nearly 90% of sellers and buyers in the U.S. work with real estate agents.”

02/03/2021 Business Comments Off on Compass, the much-hyped Softbank-backed real-estate brokerage, has filed for an IPO. We pored over its 261-page S-1 filing and came away 5 key takeaways.
Markets