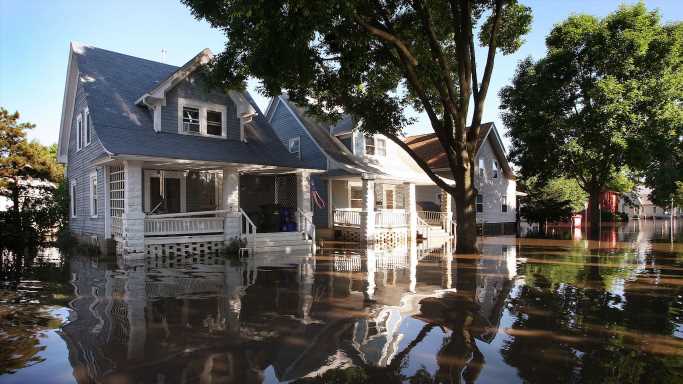 Sea level rise is one of the most serious problems facing humans as a result of climate change. Rising waters cause and may result in the loss of land if levels continue to rise. All around the world, low-lying areas are at risk. By the end of this century, land currently home to 200 million people will likely be permanently below the high tide line.

Because of the economic benefits associated with access to water — shipping, arable soil, fisheries, tourism, and recreation — dense urban areas have long been concentrated along coastal regions. Today, about 40% of the world’s population live within 60 miles of the coast.

As the climate crisis intensifies, however, coastal living has become a major liability. Global sea levels are projected to rise between 2 and 7 feet by 2050, and possibly more. By the end of the century, sea levels could rise as much as 20 feet. In this scenario, the United States alone would lose nearly 50,000 square miles, which today are home to 23.4 million people.

Frequent flooding is one of the first problems associated with sea level rise.

24/7 Wall St. used data from Climate Central — an independent organization of scientists and journalists researching and reporting on climate change — to identify 25 major metropolitan areas and urban agglomerations worldwide that are projected to be at risk of substantial flooding by 2050 as a result of sea level rise due to climate change. The data assembled by Climate Central is documented in the report, “New elevation data triple estimates of global vulnerability to sea-level rise and coastal flooding.”

These projections are near the high end of the range of sea level futures anticipated by the scientific community. We elected to concentrate on the high-risk scenario because, while there are still steps the world can take to address the problems of climate change, the world is not on track to meet even the more modest milestones outlined in the Paris Agreement.