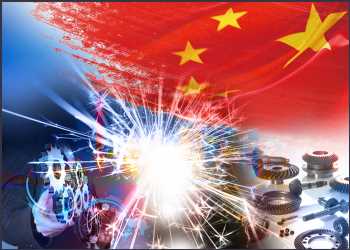 China’s consumer price inflation rose moderately at a slower-than-expected pace in April, while producer prices grew at the fastest pace in more than three years driven by higher commodity prices.

Consumer price inflation rose to 0.9 percent in April from 0.4 percent in March, the National Bureau of Statistics reported Tuesday. Nonetheless, the rate was slightly below economists’ forecast of 1 percent.

On a monthly basis, consumer prices dropped 0.3 percent versus an expected fall of 0.2 percent.

Core inflation that excludes volatile energy and food prices picked up to 0.7 percent from 0.3 percent.

This high base effect will normalize from the fourth quarter of 2021, the economist noted. The moderate growth in consumer price rate will continue for a few months.

Producer price inflation surged to 6.8 percent in April from 4.4 percent in March. This was the highest since October 2017 and well above economists’ forecast of 6.5 percent.

The rise in producer prices is feeding through to a rebound in consumer price inflation, though with the latter still relatively subdued and upstream price pressures likely to be mostly transient, inflation is unlikely to become a key driver of central bank policy, Julian Evans-Pritchard and Sheana Yue, economists at Capital Economics, said.