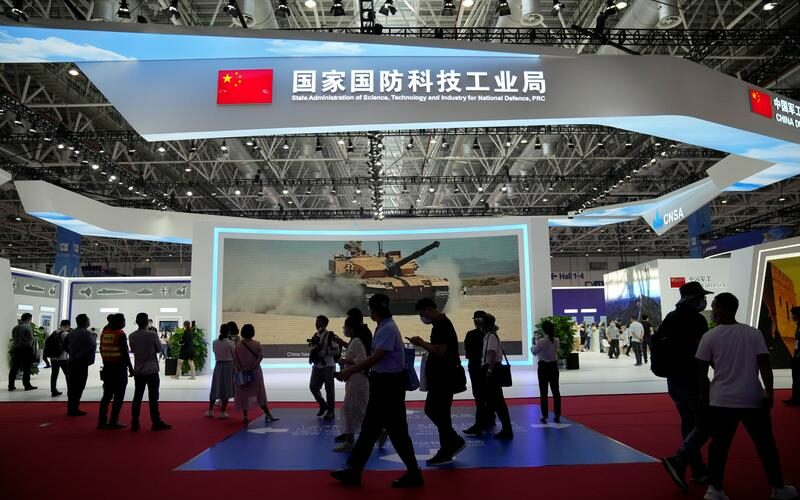 ZHUHAI, China (Reuters) – Commercial planemakers touted strong post-pandemic prospects for the Chinese aviation market as the country’s largest air show opened on Tuesday, with an increasing share of the spoils expected to go to domestic manufacturers.

The normally biennial Airshow China in the southern city of Zhuhai, delayed by a year because of COVID-19, is being held from Sept. 28 to Oct. 3, allowing Beijing to parade its growing aviation prowess.

China is a key hunting ground for deals for foreign aviation firms, thanks to the quick recovery in domestic travel since the depths of the pandemic, but the outlook is complicated by Beijing’s desire to grow its own champions.

The country’s aviation regulator may be a stumbling block for foreign planemakers looking to boost sales in the world’s biggest market for new planes.

As Commercial Aircraft Corp of China (COMAC) ramps up production of the 90-seat ARJ21 regional jet, the regulator has not certified slightly larger offerings from Airbus SE and Brazil’s Embraer SA that feature more advanced and fuel-efficient engines.

Airbus China CEO George Xu said on the show’s sidelines that the manufacturer was still in talks with China about certification, which along with support services was the key to customer confidence in placing orders.

Embraer did not respond immediately to a request for comment about Chinese certification.

“We believe the Chinese aviation market will become world’s largest in the future. Embraer has already built a strong and positive presence on the market providing a solid foundation for our most advanced jet, the E2,” Embraer Commercial Aviation CEO Arjan Meijer said in a statement.

China, however, has policies that favour its homegrown planes such as offering them favourable airport slots, Civil Aviation Administration of China (CAAC) said last year.

COMAC on Tuesday forecast that over the next 20 years, Chinese airlines would need 953 regional jets with 90 seats, the size of the ARJ21. That compared with 261 planes with 120 seats like the more popular E2 models and the smaller version of the A220.

COMAC deputy marketing manager Yang Yang said there was enough room in the market for all players.

“The aviation market is as vast as the Pacific Ocean, where we have our own competitive territories,” he told reporters.

COMAC expects local certification this year of its larger 160-seat C919, a rival to the Airbus A320 and Boeing Co 737 families, though it will take time to ramp up production.

“It reminds us that we need to fully listen to our customers and use our best products and best services to support our customers, because the post-COVID aviation market is full of competition, which is more intense than before COVID,” Airbus’ Xu said of the C919’s entry into the market.

China’s defence capabilities were also on display at Zhuhai.

The flying demonstration on a hot and hazy day that had crowds scrambling for shade included a colourful display with J-10s by the Bayi aerobatic team following an opening ceremony attended by military and government officials.

China’s J-20 fighter jet flew at the show with domestic, rather than Russian-made engines for the first time, state media reported.

On the ground, China showcased a prototype of the CH-6 long-endurance drone capable of reconnaissance and strike operations and the WZ-7 high altitude surveillance drone.

The show is a mostly domestic affair because of tight quarantine rules, and local aerospace and defence firms have ramped up their presence. Some foreign companies, only able to send staff based in China, have smaller booths than they did at the last show in 2018.

Organisers announced the next Airshow China will be held from Nov. 8 to Nov. 13, 2022, returning to the pre-pandemic schedule.